Hyperallergic: Color is the Career of Emotions by John Yau 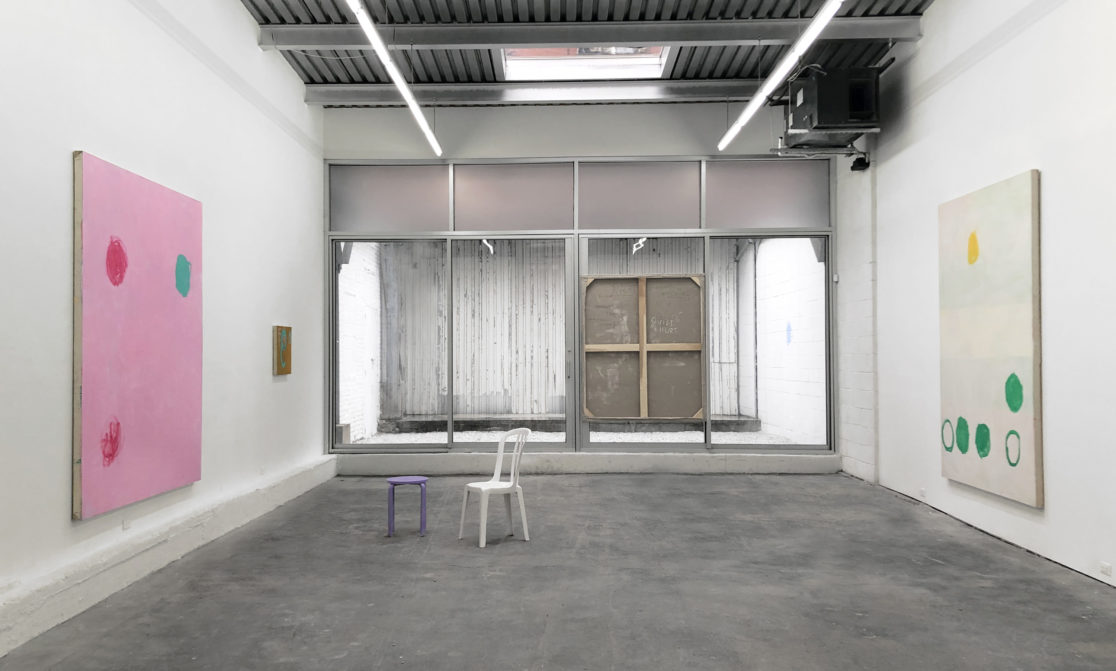 “Uh Oh.”
Highly personal concept. Bright, vivid, colors. Amorphous, primal formation of shapes. And a resistance to canon or categorization.
Korneffel’s Sunset is a large, acrylic on canvas with a light blue background and three round blots of paint in navy blue, pink, and purple. Despite its perceived simplicity, her work is about the color of air, Grand Unification Theory, childhood memories and future visions, a mathematician father, the frescoes of Fra Angelico, infinity, and apples. A closer look at the painting reveals two or three additional blots and a strata of color along the edge. Working towards a final pic- ture, she freely conjures images and just as freely washes over them to create layers space. Waves of meaning ebb and flow through this process and new ideas emerge in their
intersections.

“here comes trouble”
-can be heraldic and idiomatic. Like all idioms, it has mean- ing that is not deducible by the words provided alone. It also signals the arrival of trouble, whether or not we perceive the comer to actually be trouble. 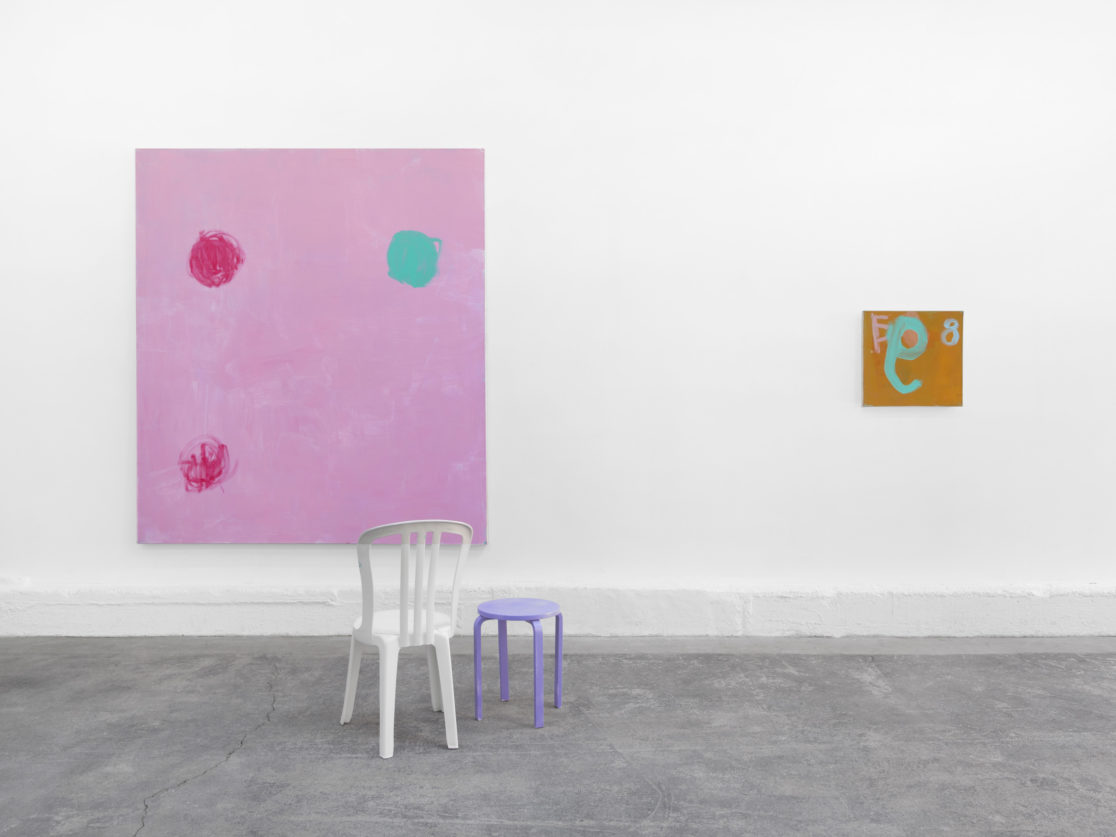 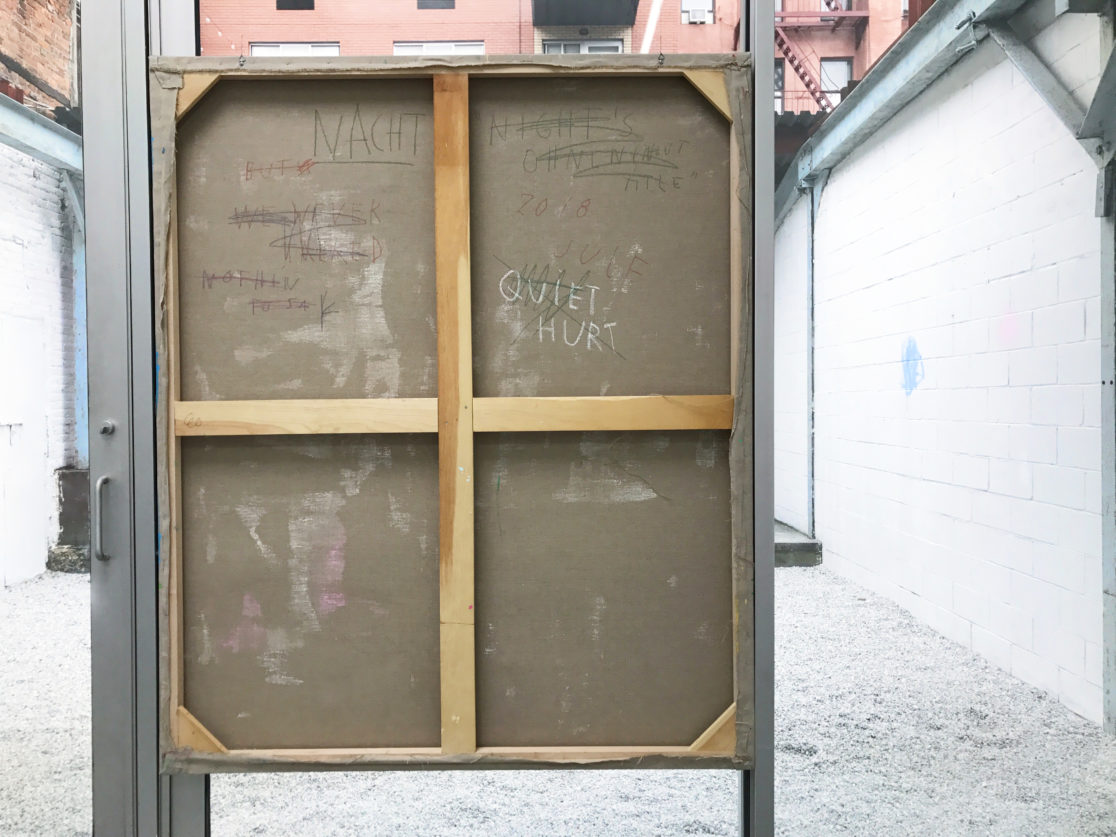 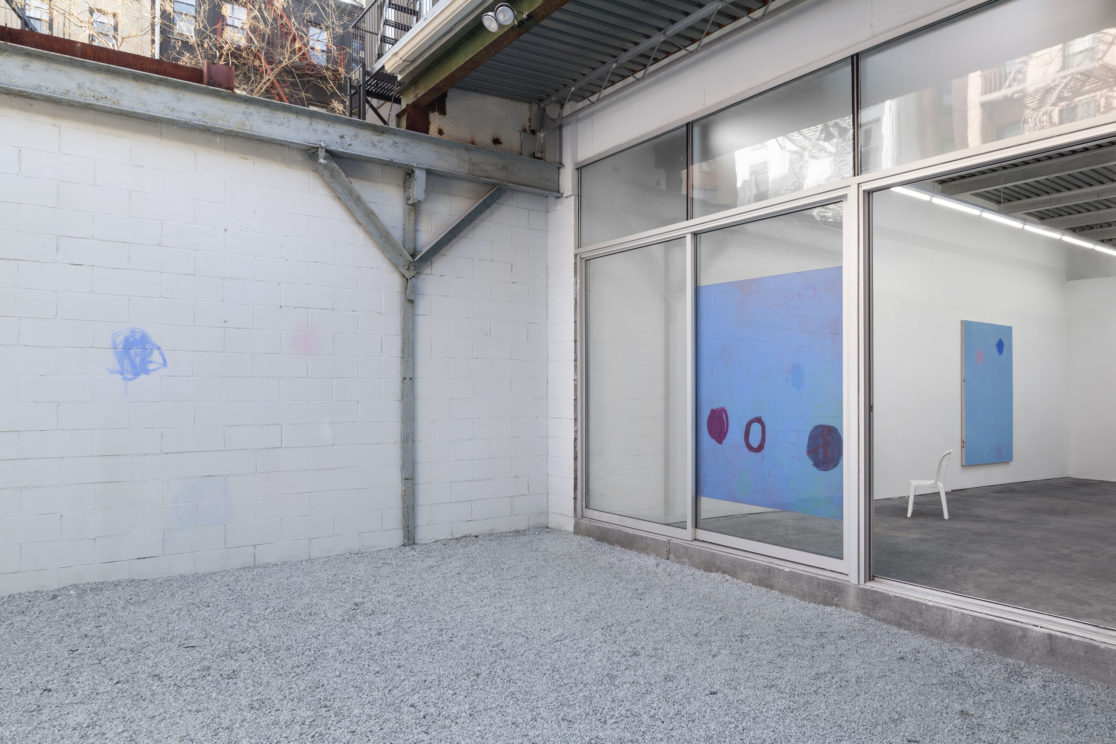 Color Is the Carrier of Emotion

Although it is very early in Jule Korneffel’s career, she has moved into a territory where color and materiality outweigh discursive content.

I first saw Jule Korneffel’s abstract paintings in the Hunter MFA thesis show in May of 2018. During our conversation I learned that she had previously studied at the Kunstakademie Düsseldorf, where she worked closely with Tal R. The other artist we talked about was Mary Heilmann and her uncomplicated, seemingly free, laid-back approach. It was clear from the work Korneffel had in the thesis show that she had gotten a lot from these artists and – more importantly – that she was starting to pursue her own path.

My curiosity about where Korneffel was going led me to check out her debut exhibition, Jule Korneffel: here comes trouble, at Spencer Brownstone Gallery (March 6 – April 21, 2019), which opened less than a year after she graduated from Hunter. The biggest difference between the works I saw in her thesis show and the ones in this exhibition was that she has further simplified her compositions. All of them have a loosely brushed monochrome ground, on which Korneffel has painted three or more circular shapes. 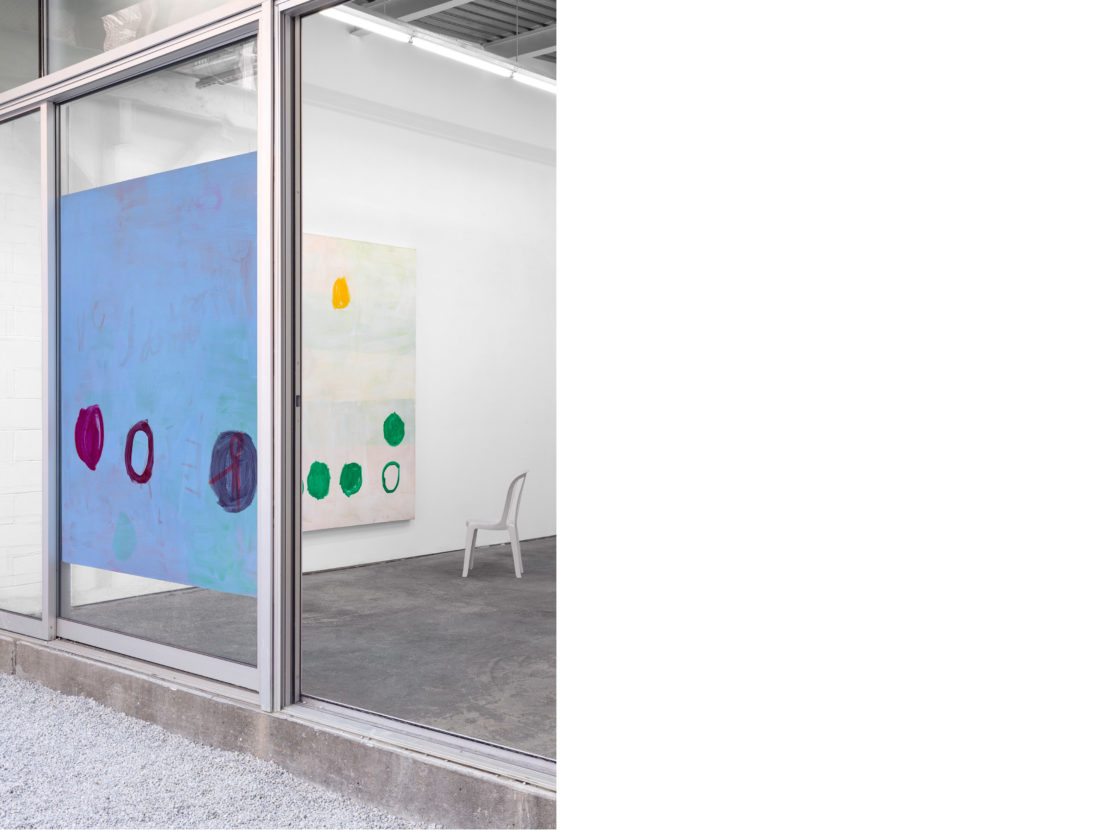 The matte grounds are a thin layer of paint that seems to have been quickly applied. Earlier compositions of circular shapes often peer through the surface, muffled and muted but not completely covered over. There is never a sharp color contrast between the ground and the shapes. For Korneffel, color is the carrier of emotion. As she said in interview with Jamie Martinez that appeared in Arte Fuse, she is after a “calm joy.”

The layering invites us to venture beyond the surface and look into the painting, while simultaneously registering the nuanced color relationships between the shapes and the ground, as well as among the shapes themselves.

In the nearly square painting, “4 Apples” (2018), Korneffel has drawn for four irregular red circles on a pale maroon ground. If you look long enough, you see traces of an electric green peering through. Unexpectedly, what appears to be a painting that can be quickly grasped has slowed down our gaze. We are not looking at four circles but four isolated gestures, each of which is different from the others. Despite the narrow range of color, it is difference rather than similarity that is central to the viewer’s experience of the painting. 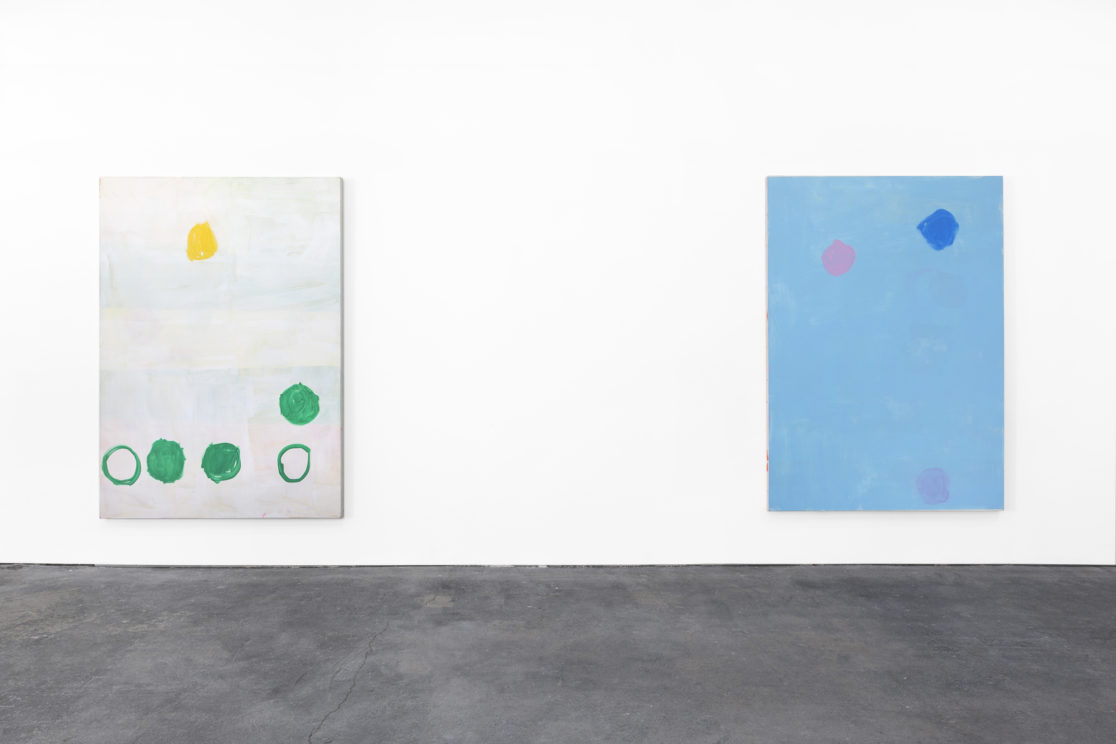 Each of the dark red outlines is drawn in one motion. Together, they appear to be on the cusp of coalescing into the four corners of a square, but the one on the lower right seems to be trying to get away from the rest. These quickly drawn outlines, it should be noted, are significantly different from the circles Heilmann makes – Korneffel seems to want to discover where improvisation might lead her. It also struck me that being casual doesn’t mean being offhand, and that what looks like it was done in one session isn’t necessarily the case.

I think Korneffel wants the viewer to know that. Against the glass wall separating the gallery from a walled courtyard, she has faced a painting, “Nacht” (2018), away from us so that we are able to read the different titles she once considered, wrote down, and crossed out as the she continued to work on the canvas. We can also step through the gallery’s back door to see the front of the painting and consider the connection between the two, images and words.

Whereas Heilmann was undoing the strictures and seriousness that were considered integral to geometric abstraction and Minimalism, Korneffel doesn’t feel that kind of pressure, and is clearly after something else. Can she work intuitively, and still be able to invest color with emotion? Can she work open-endedly without becoming either slight and predictable or bogged down in process? 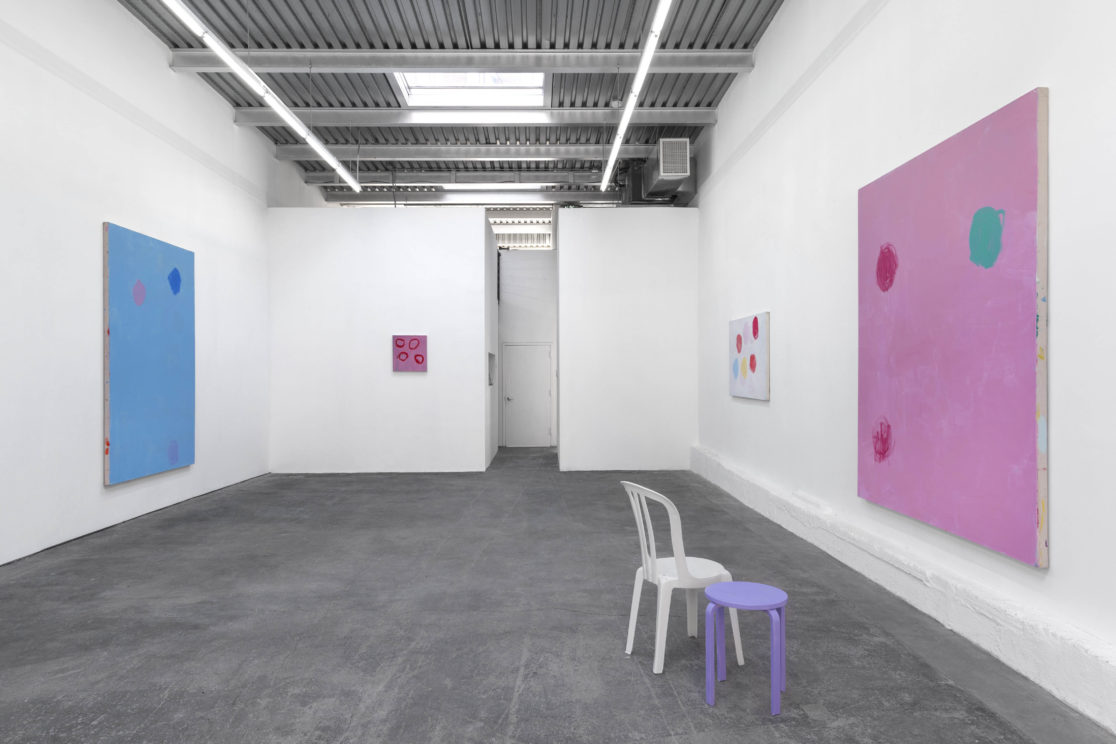 I think that where Korneffel has really started making her own place is in her use of color. The blues and pinks seem hers, if one can say such a thing. Finally, rather than pursuing her connection to Heilmann, I found myself thinking of Jerry Zeniuk, a painter who is too little known in the United States, and his fields of multicolored dots. Although it is very early in Korneffel’s development, she has moved into a territory where color and materiality outweigh discursive content. She is interested in paint and color and their connection to real but unnamable feelings. That signals that she is not a conformist and is not trying to fit in an art world where neatly packaged content is a prized commodity. I think Korneffel is an artist to keep an eye on. 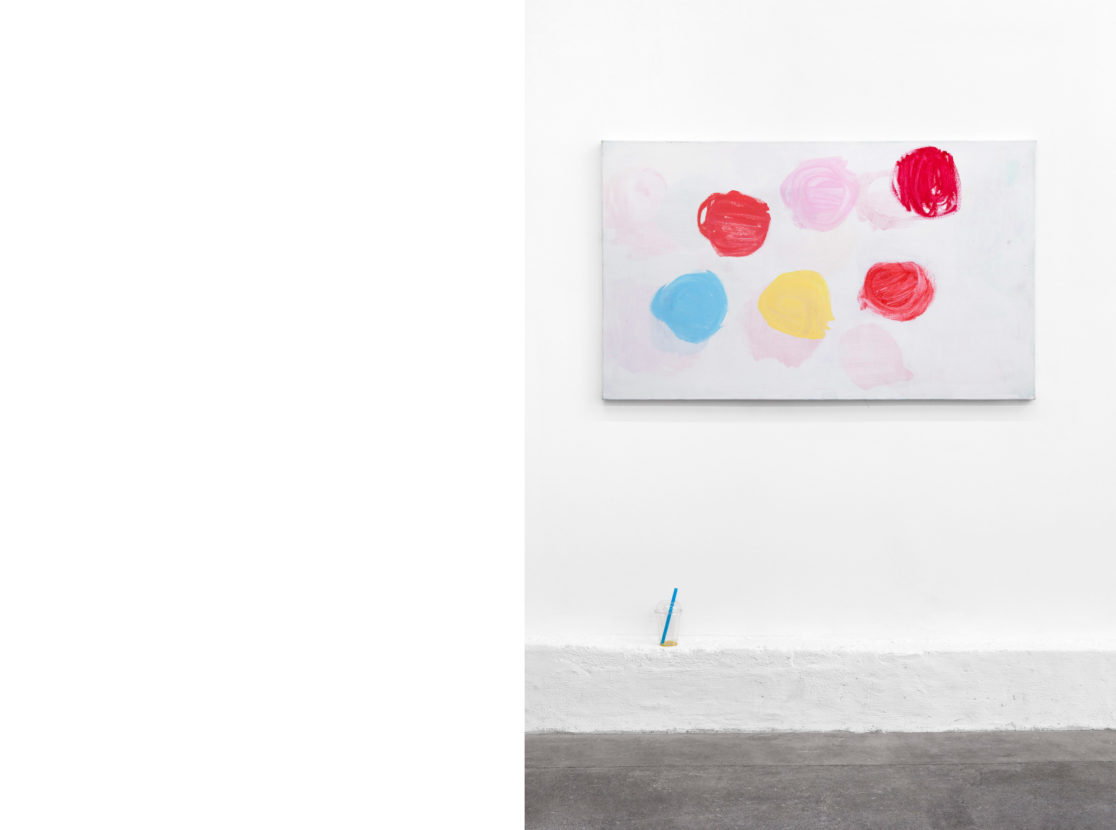 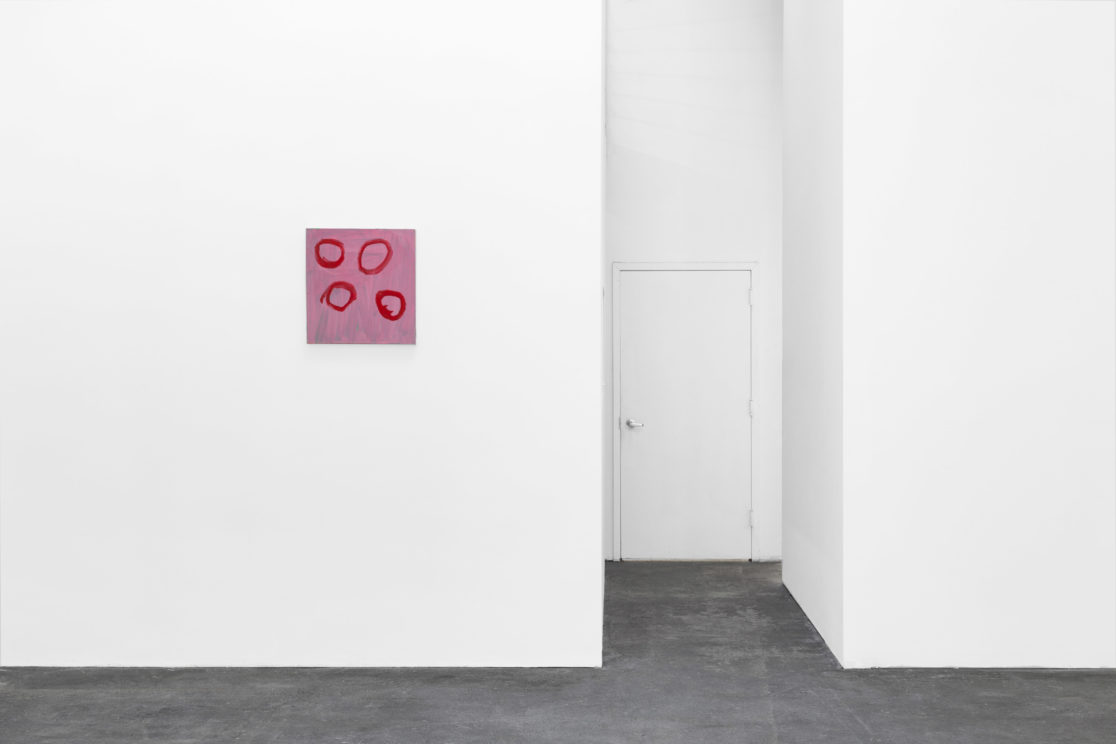 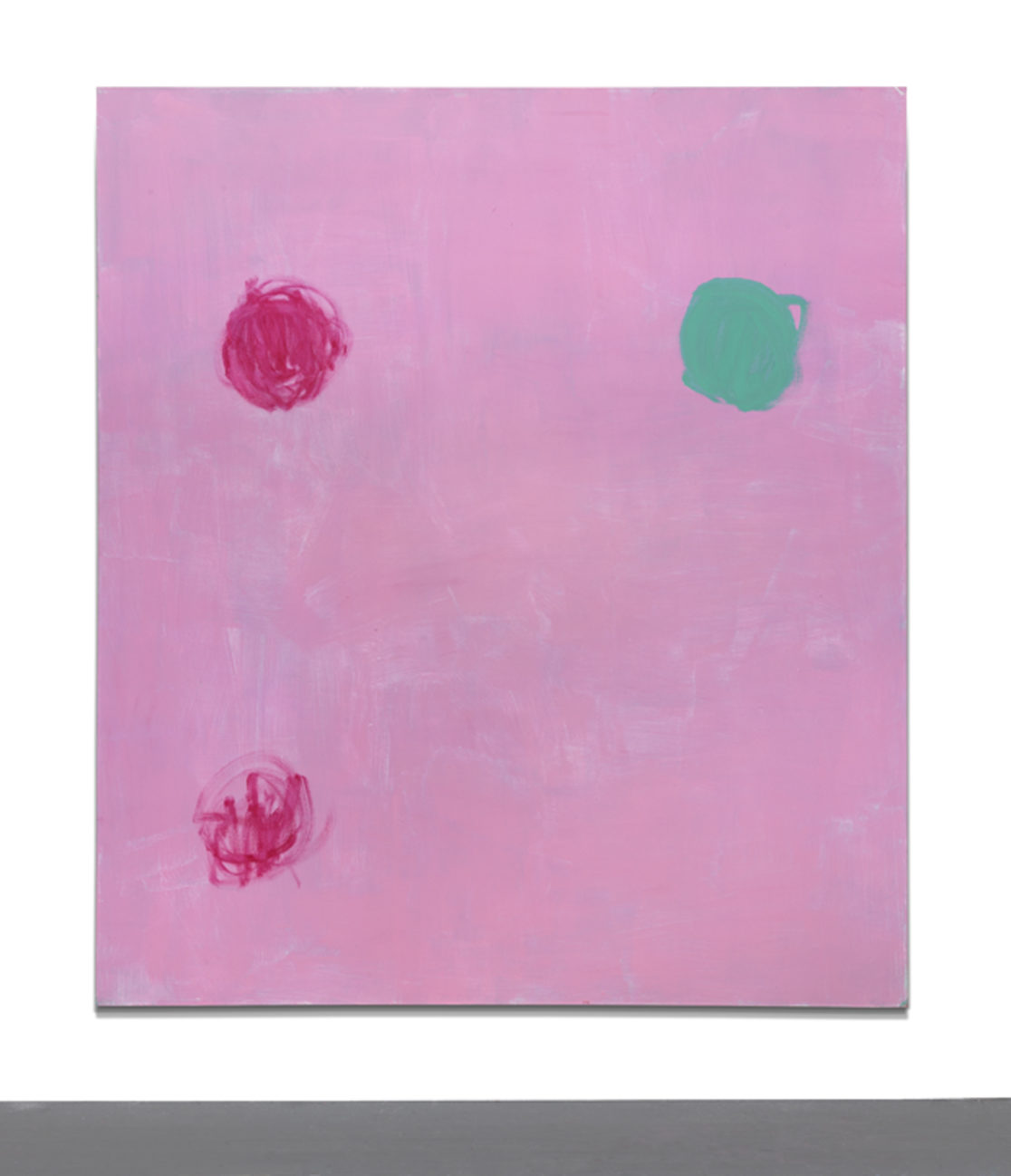 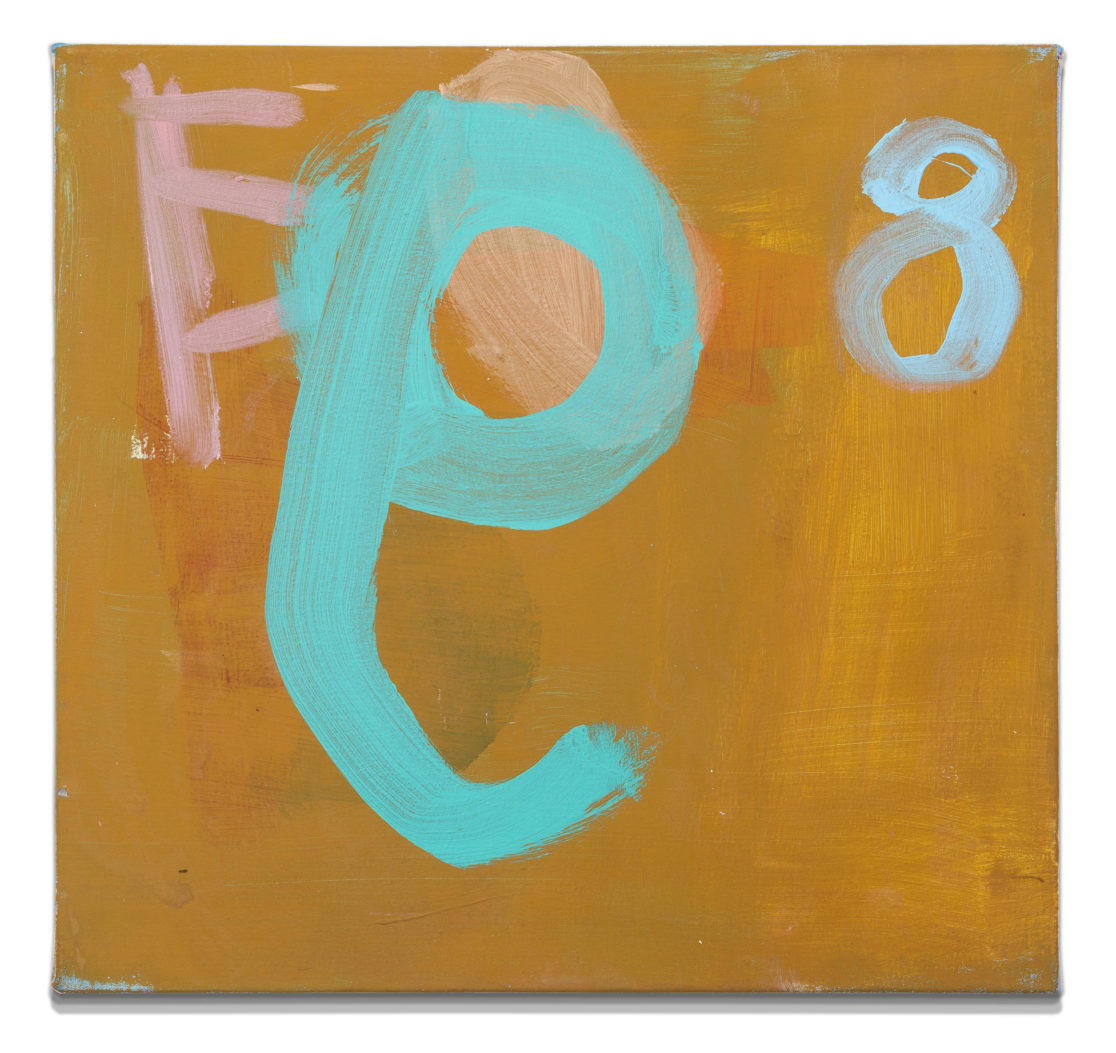 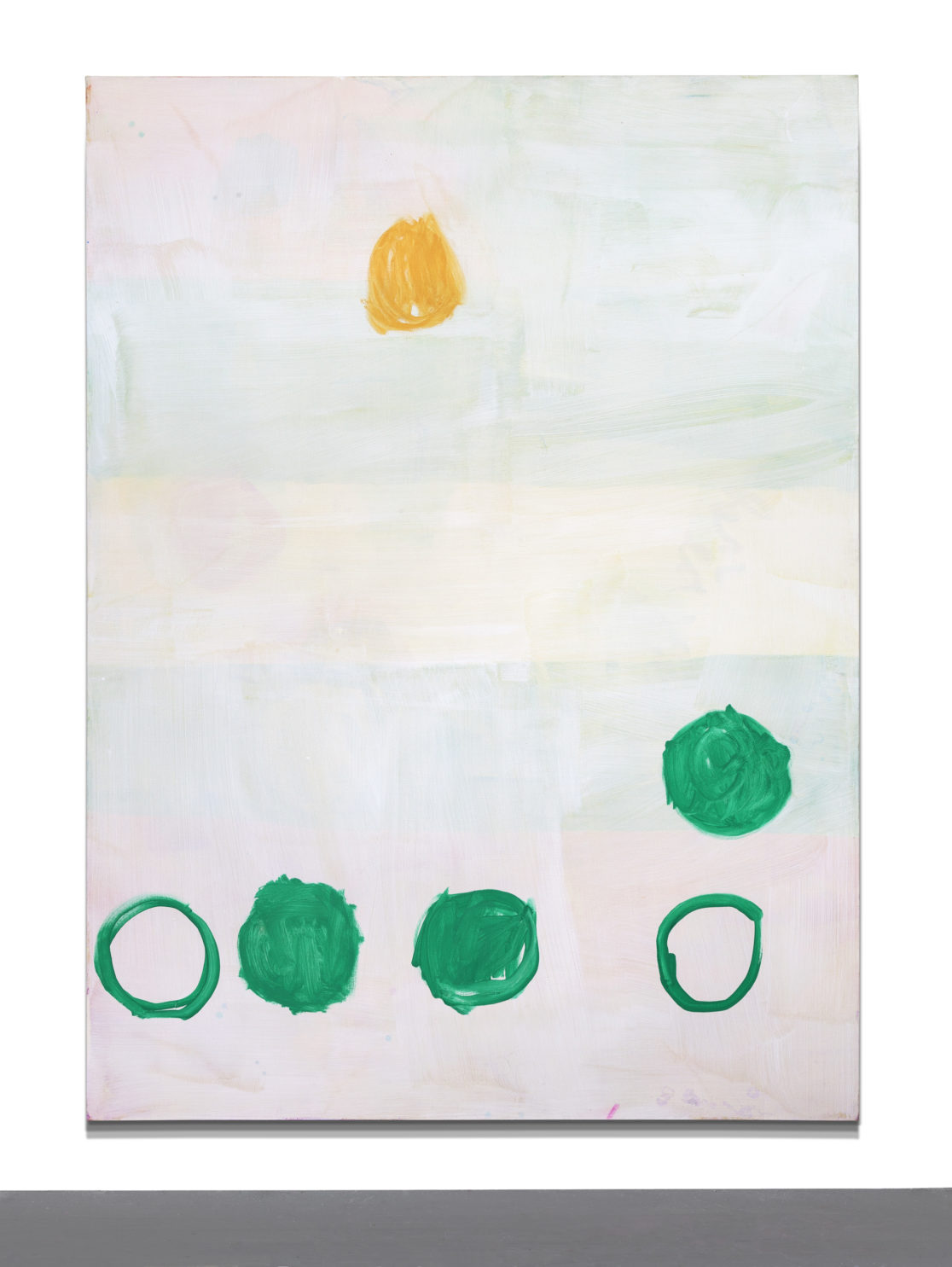 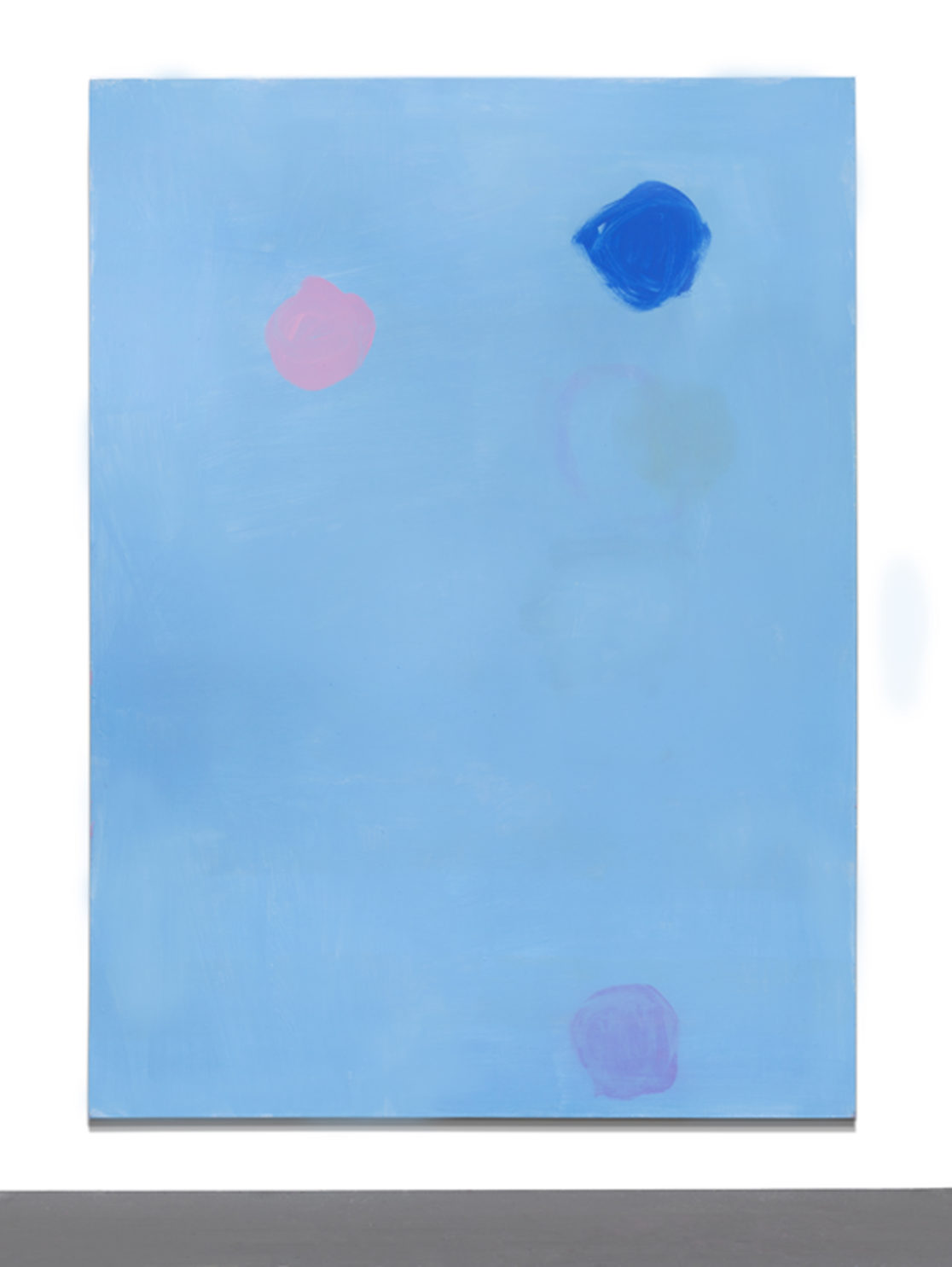 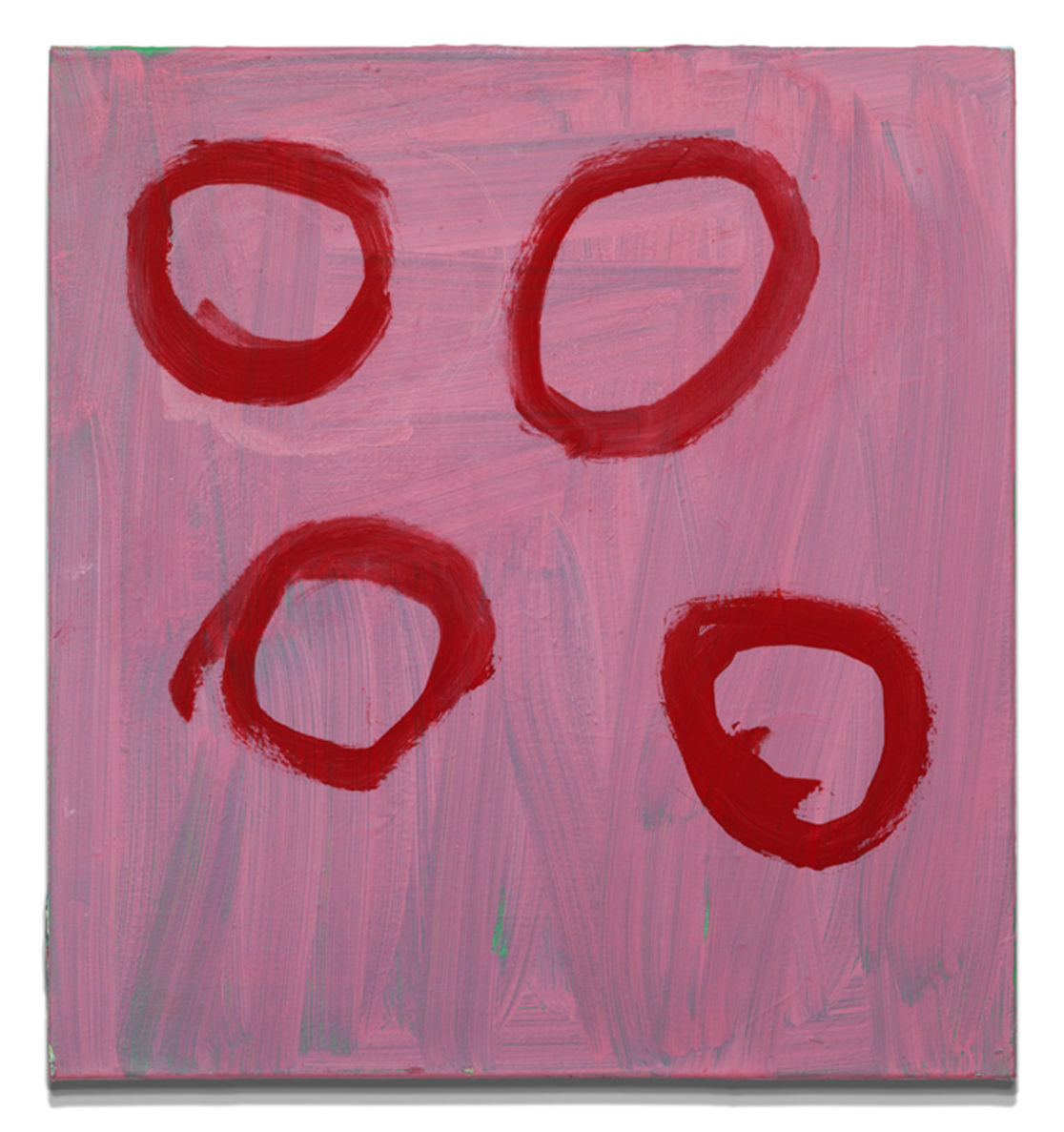 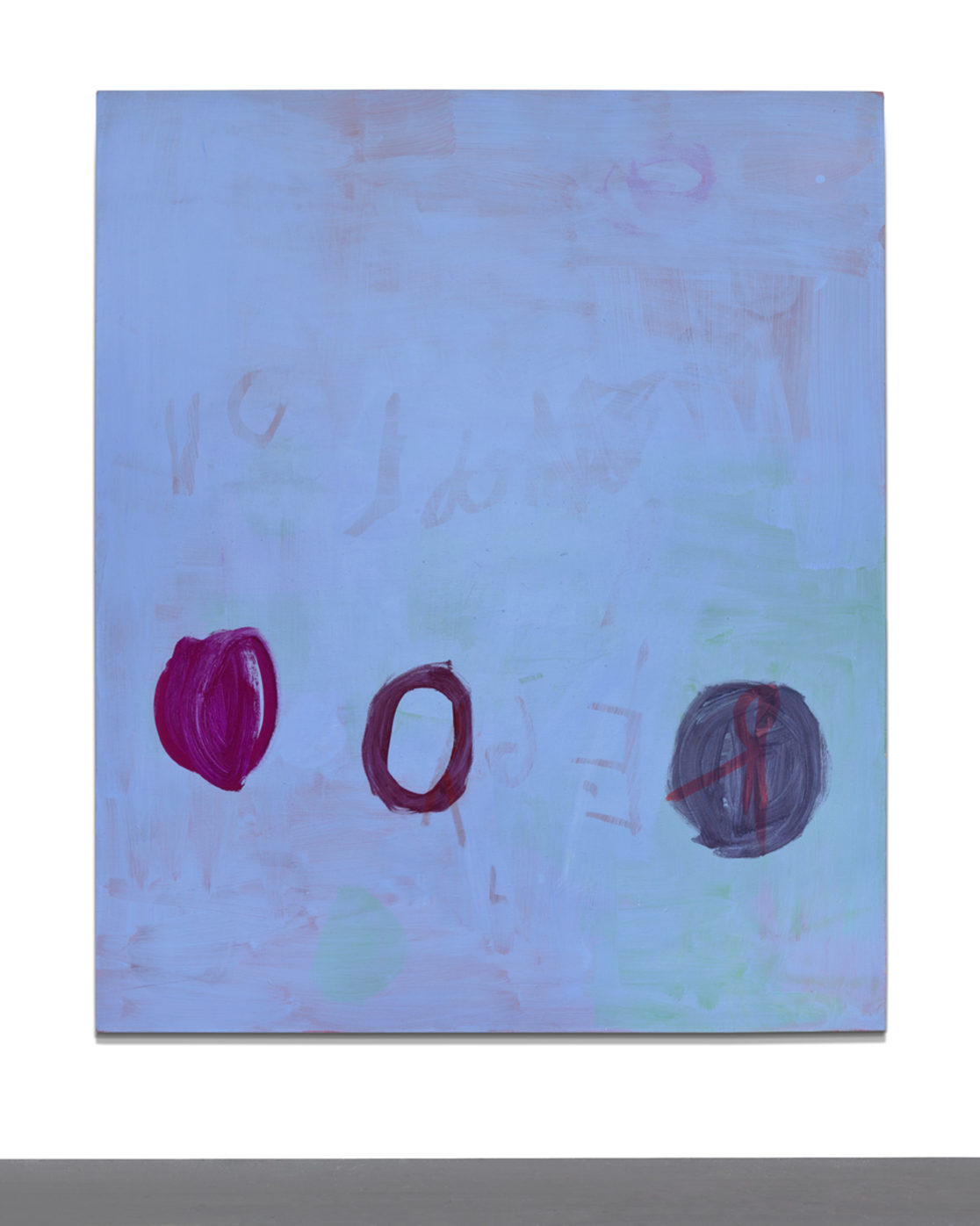 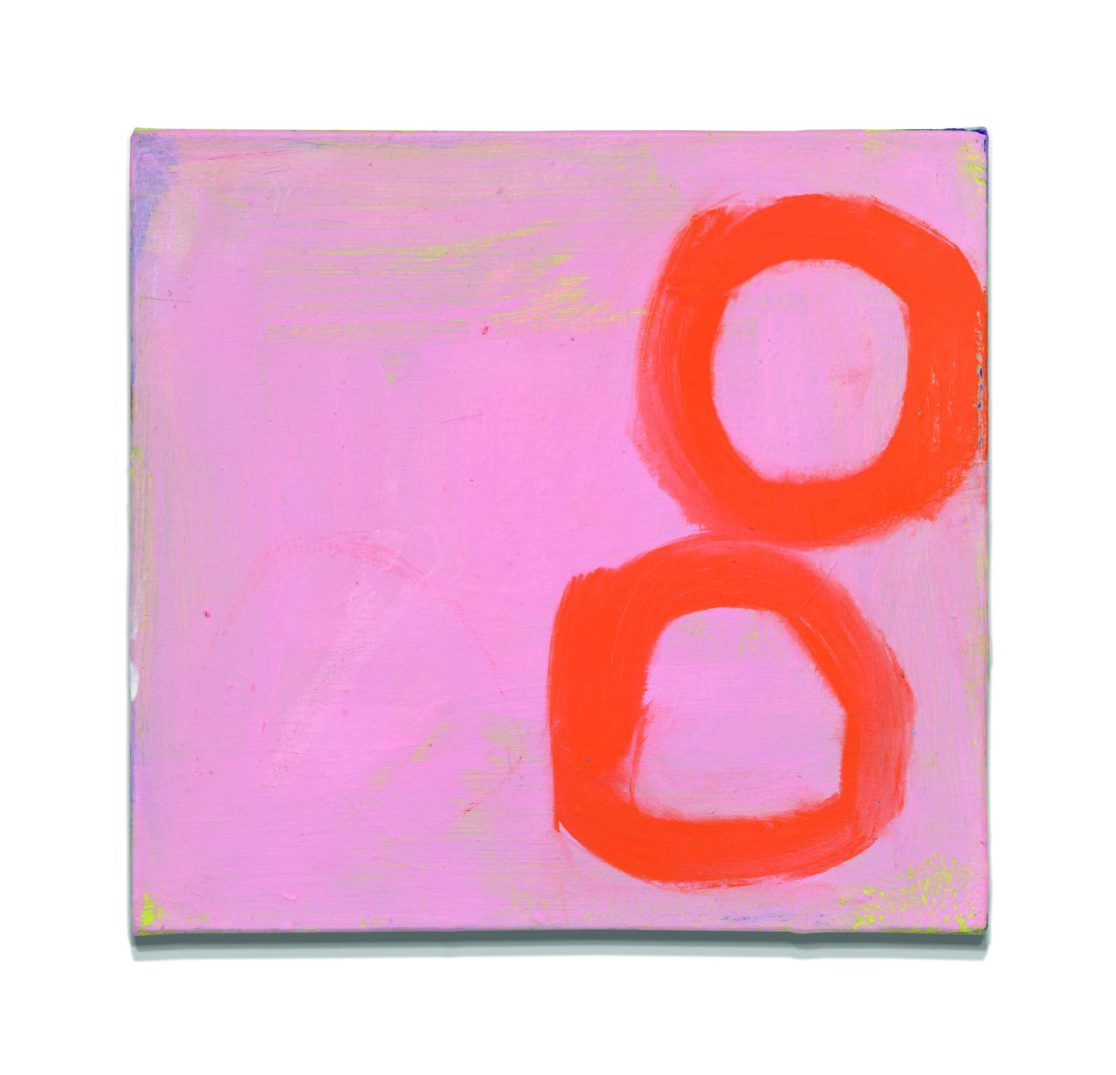 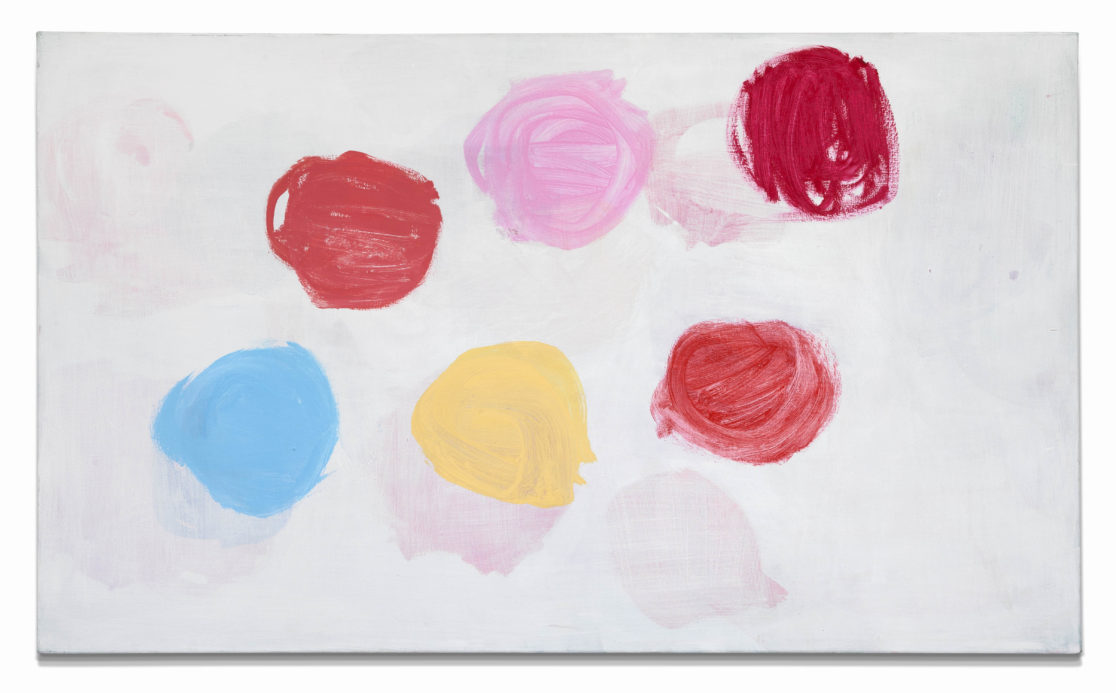 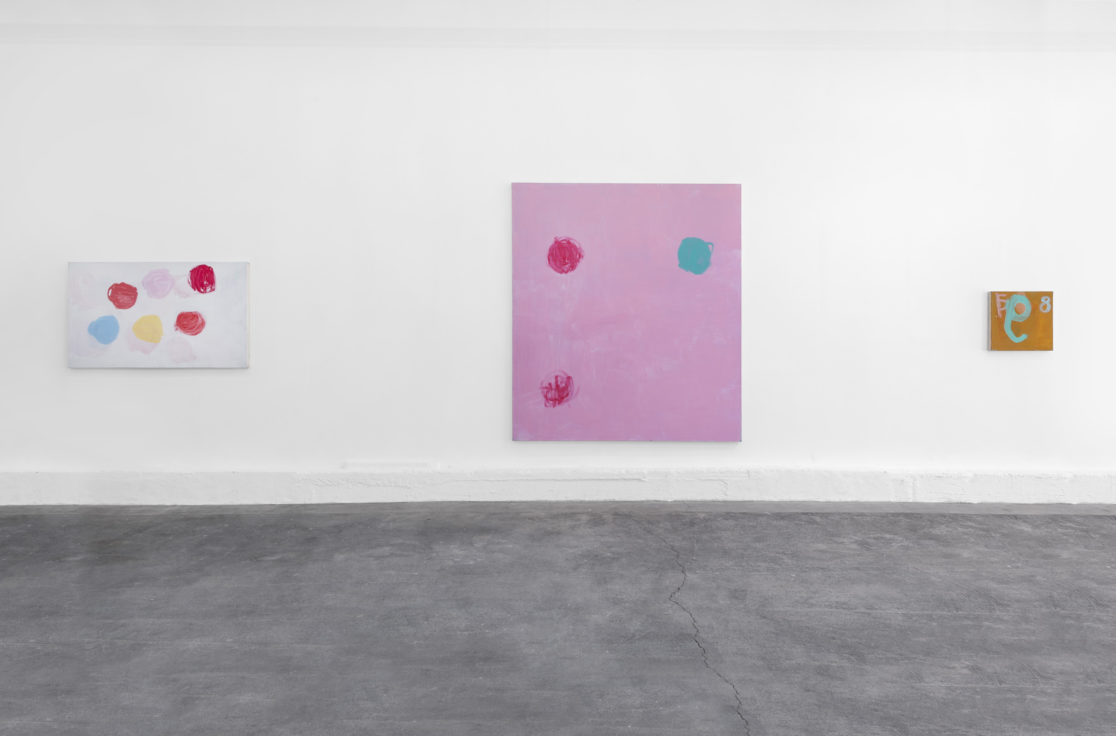 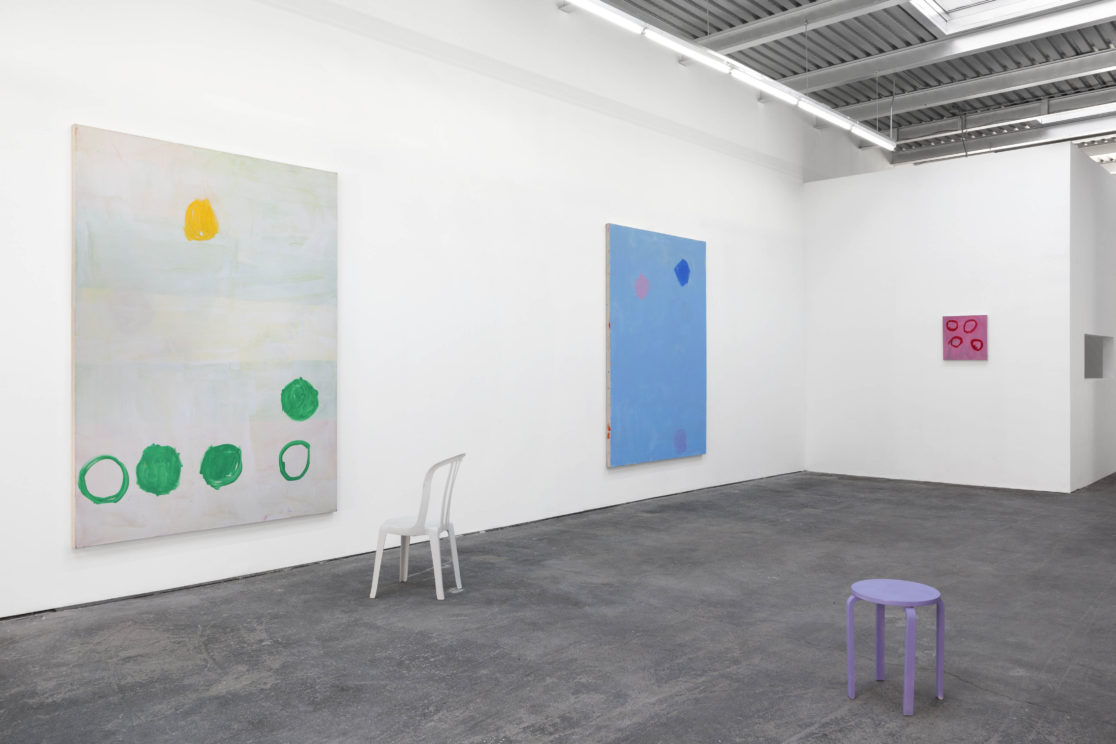 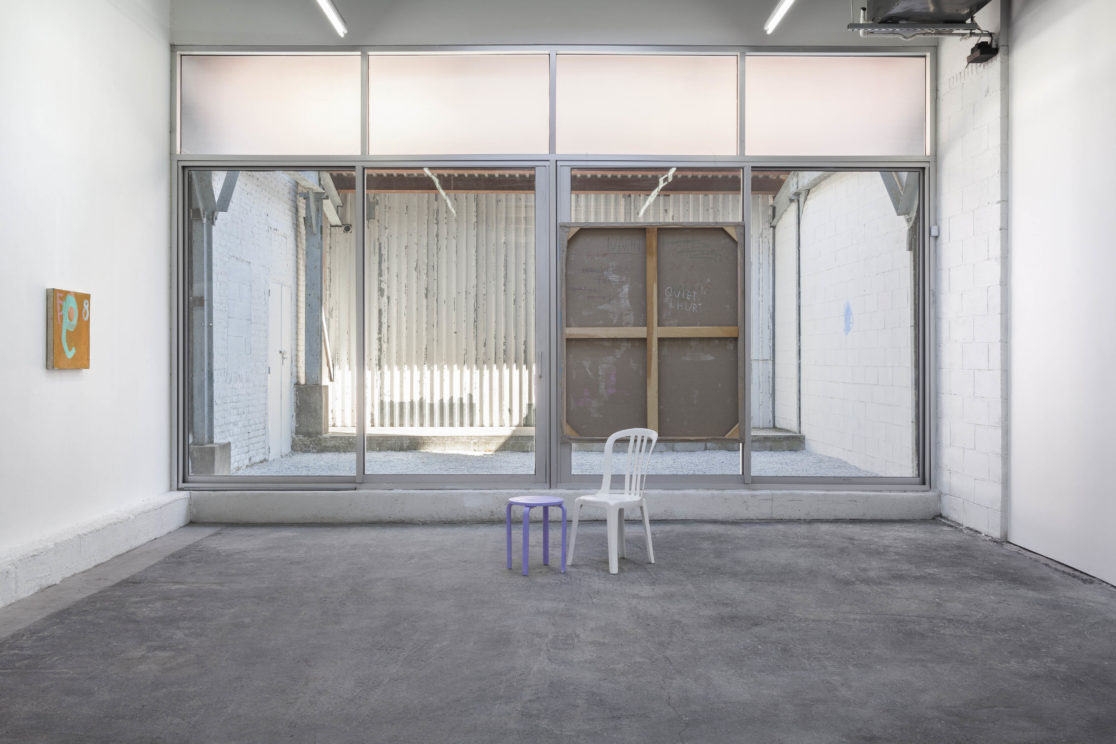