selected works and some context and links 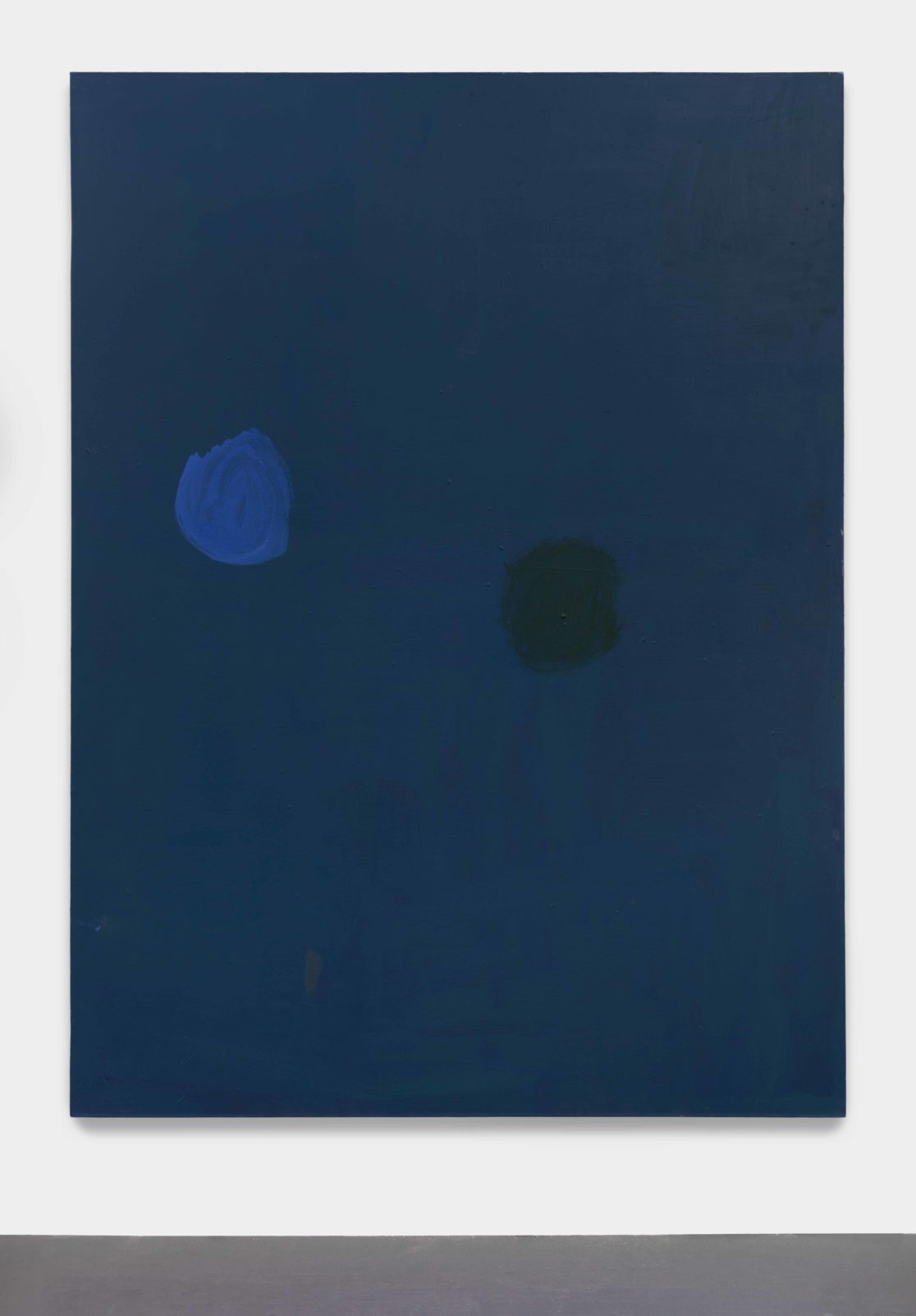 „Jule Korneffel’s abstract paintings focus on the application of color and feature minimalist mark-making over a visible underpainting. She views this process of layering the picture plane as a filter for her experience as she arrives at the precise forms and colors for each work. Korneffel’s practice draws inspiration from both Italian Renaissance painters as well as the intuitive and open-layered style of the American tradition.“ 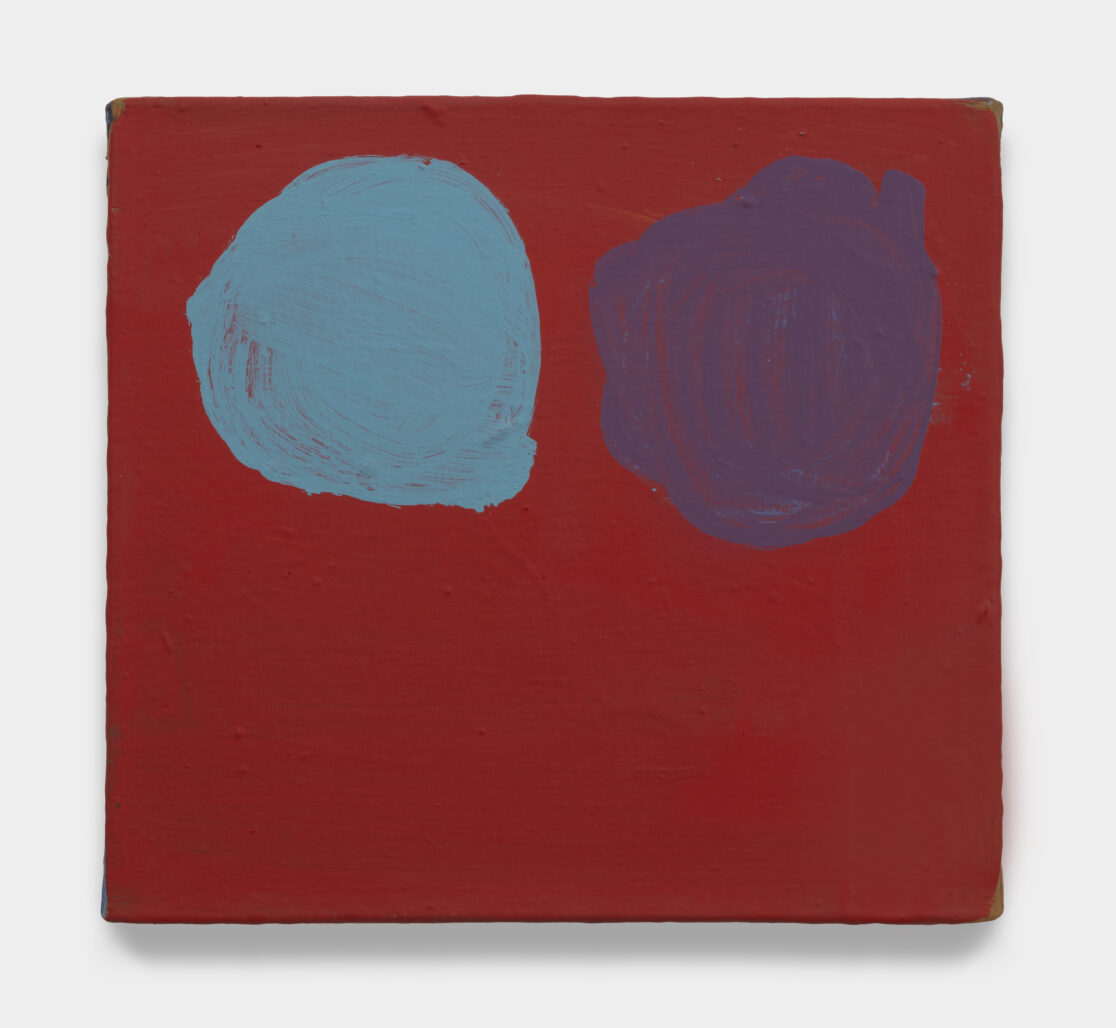 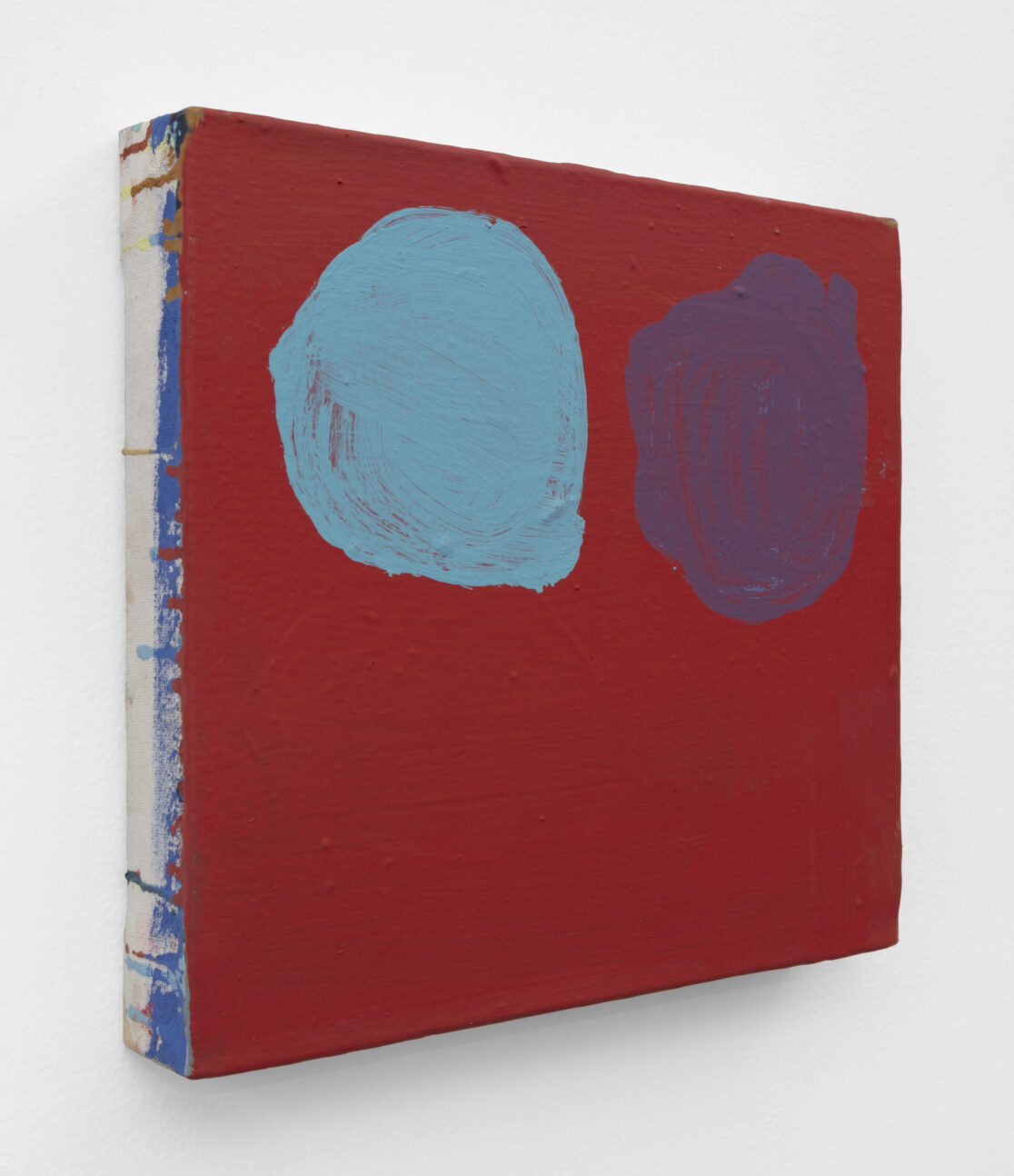 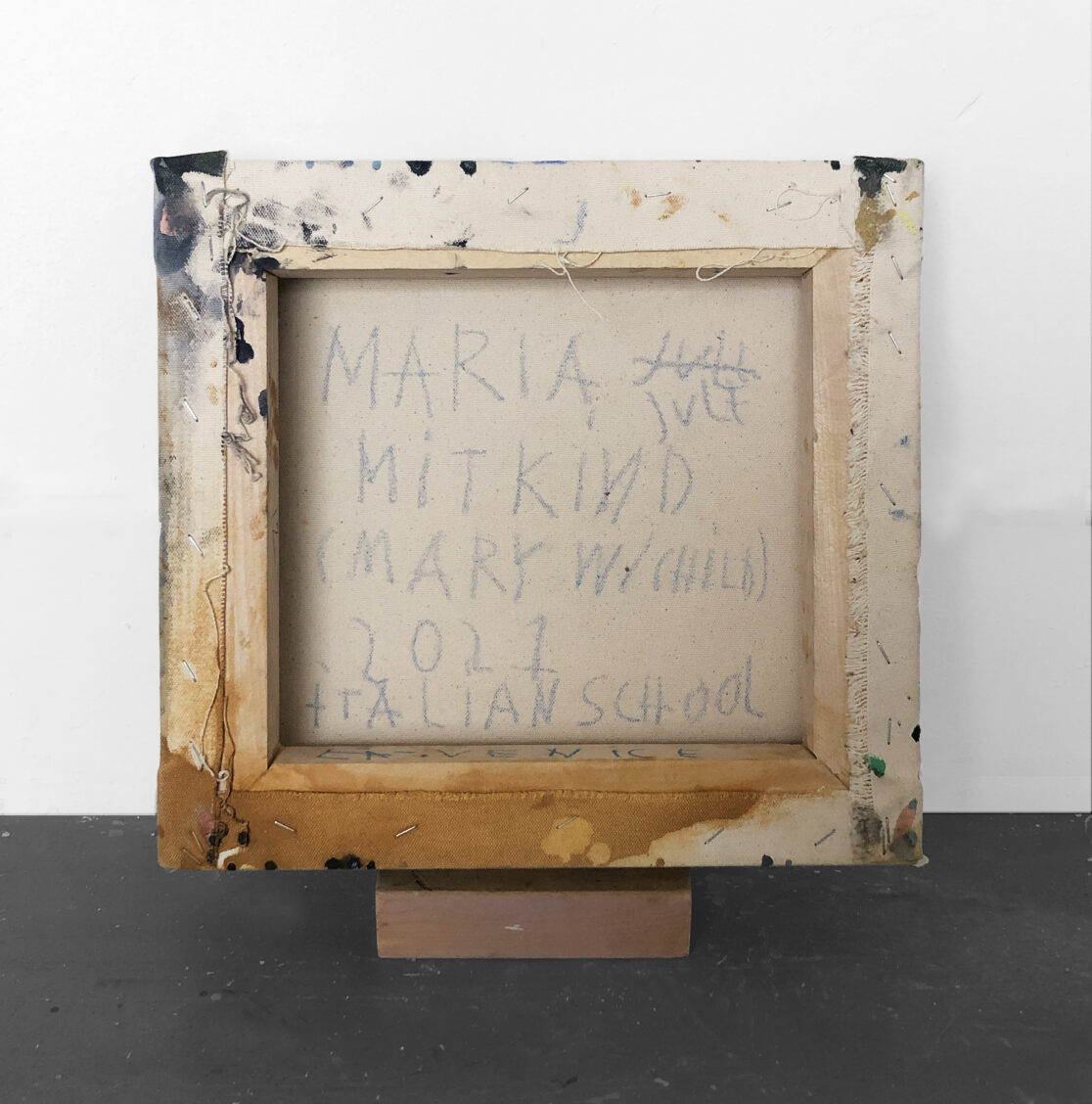 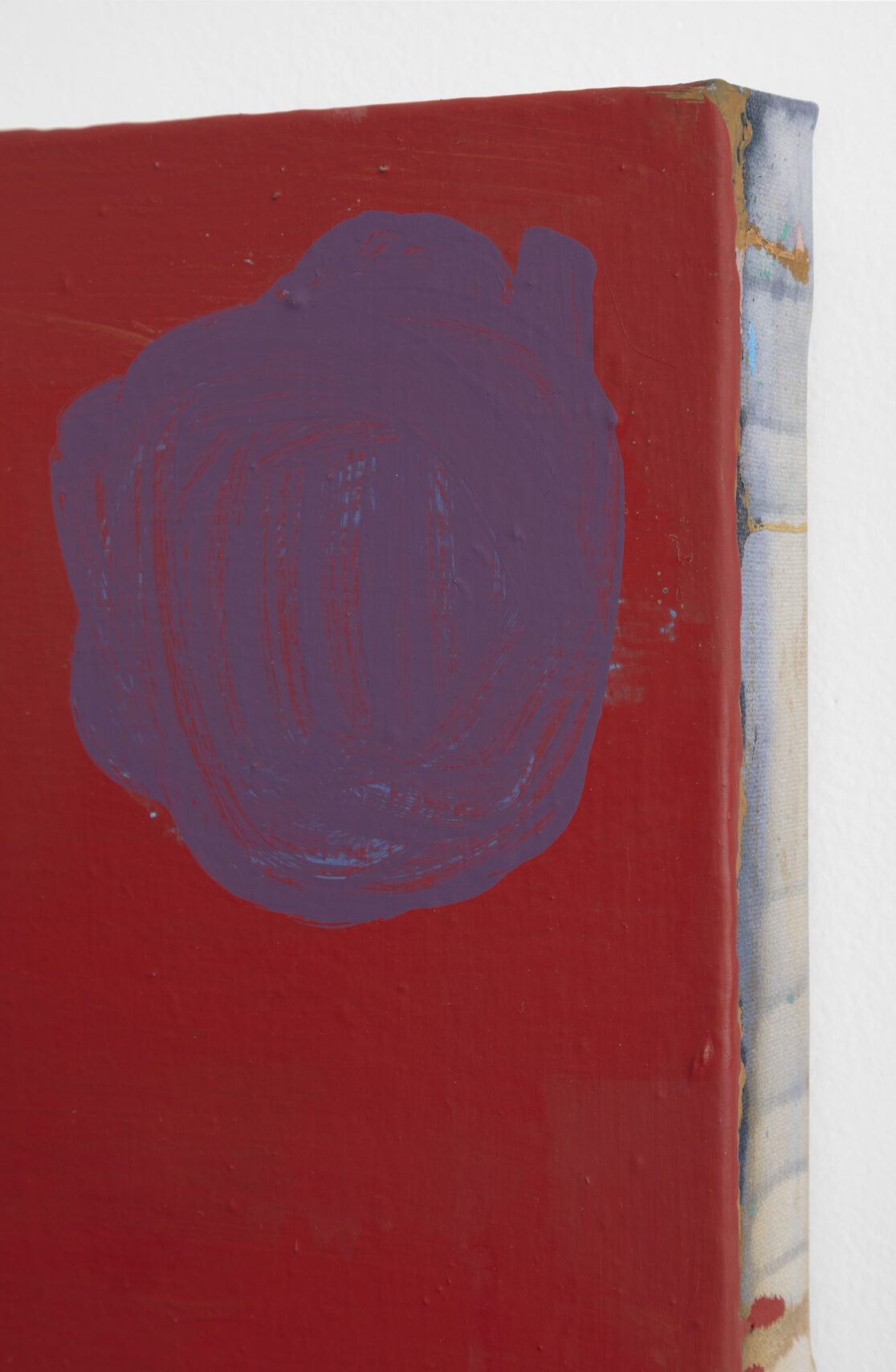 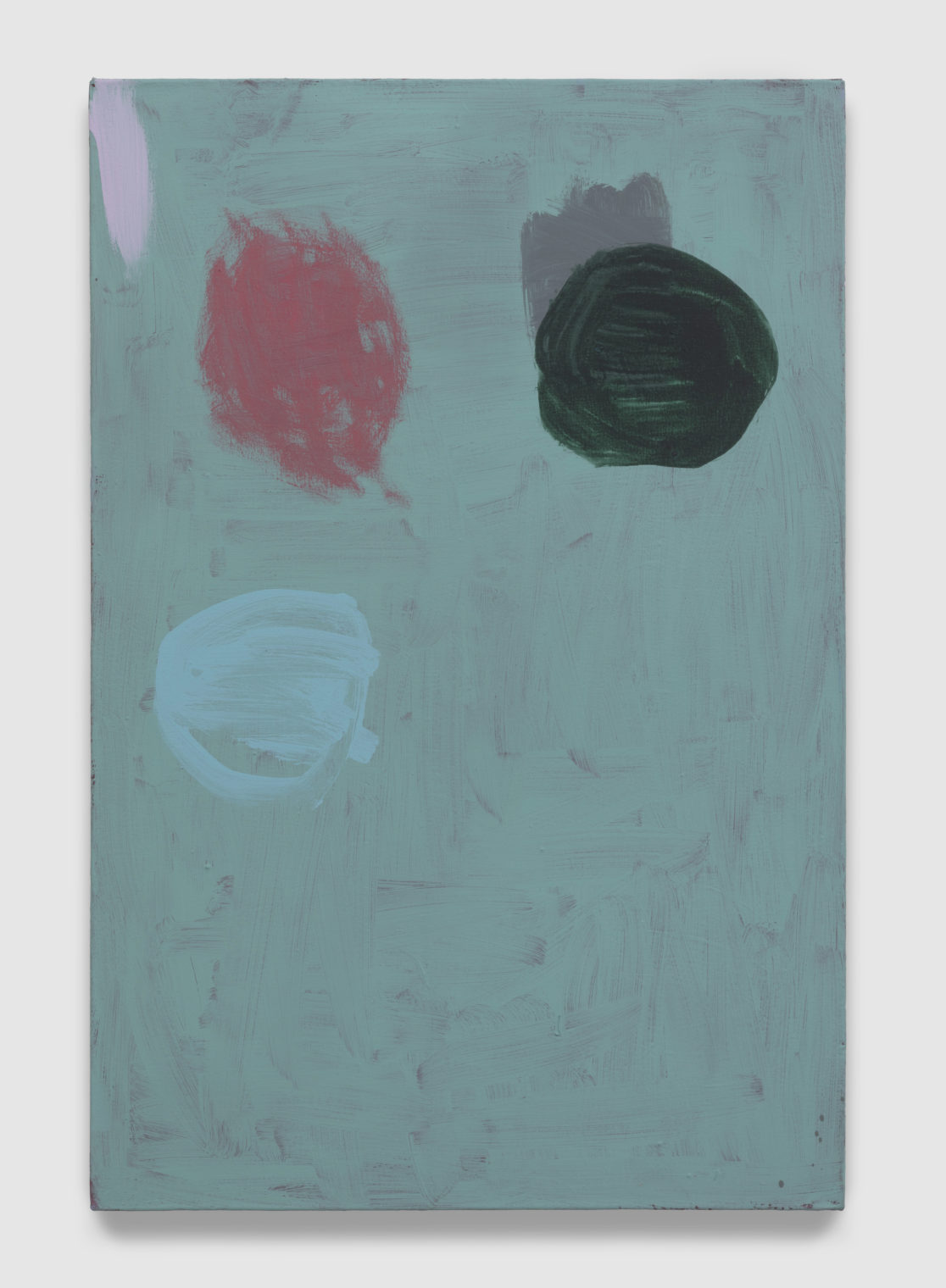 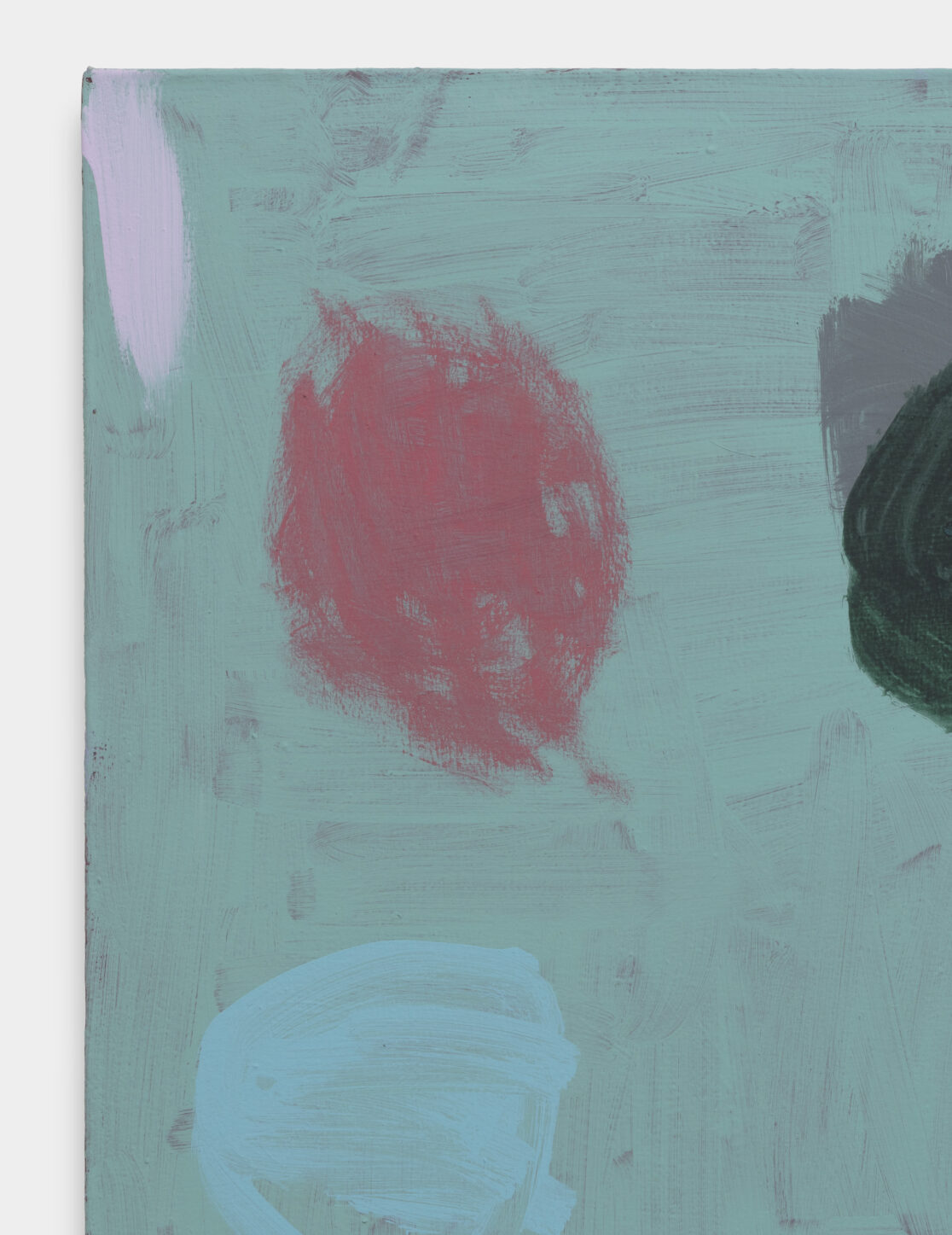 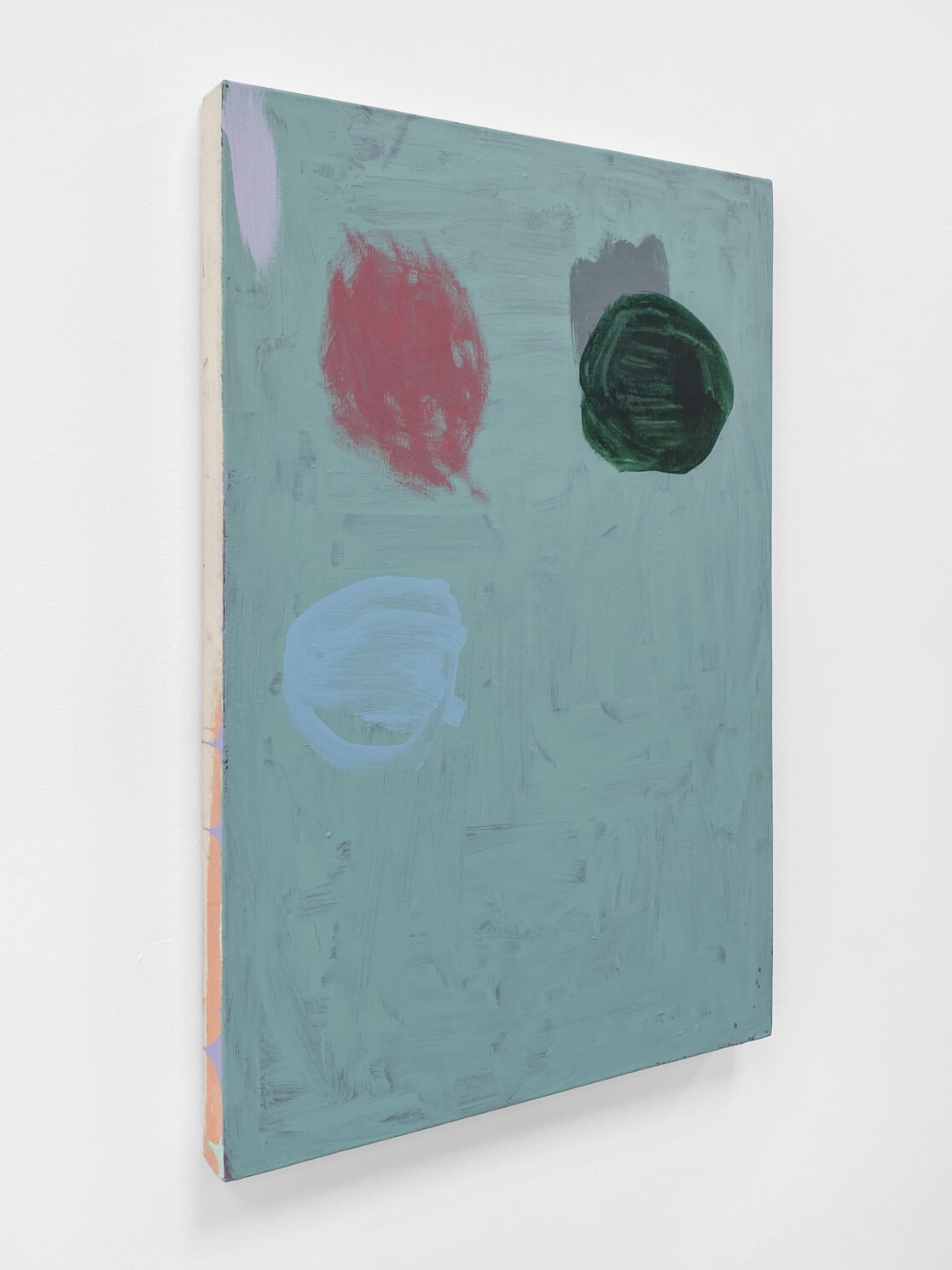 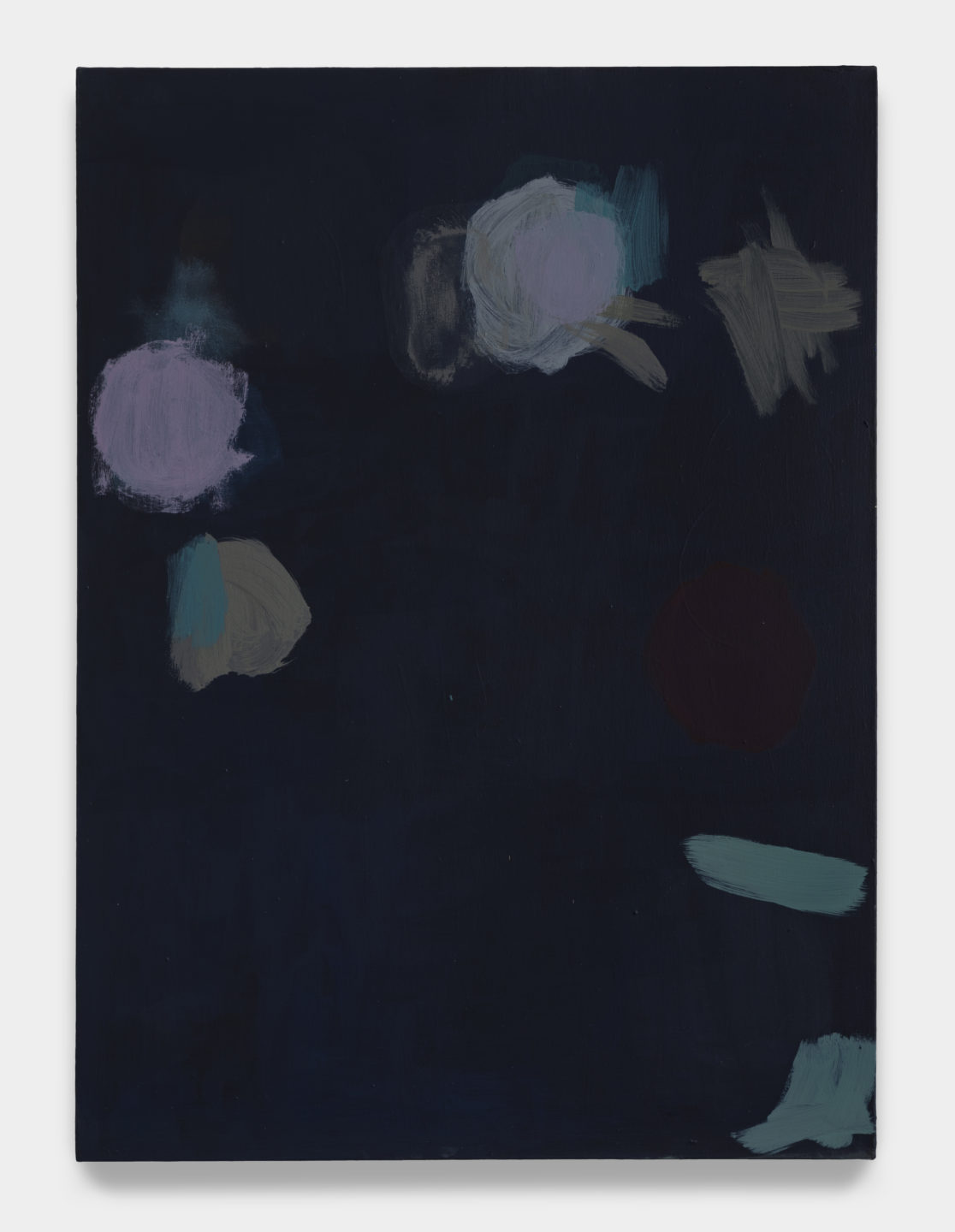 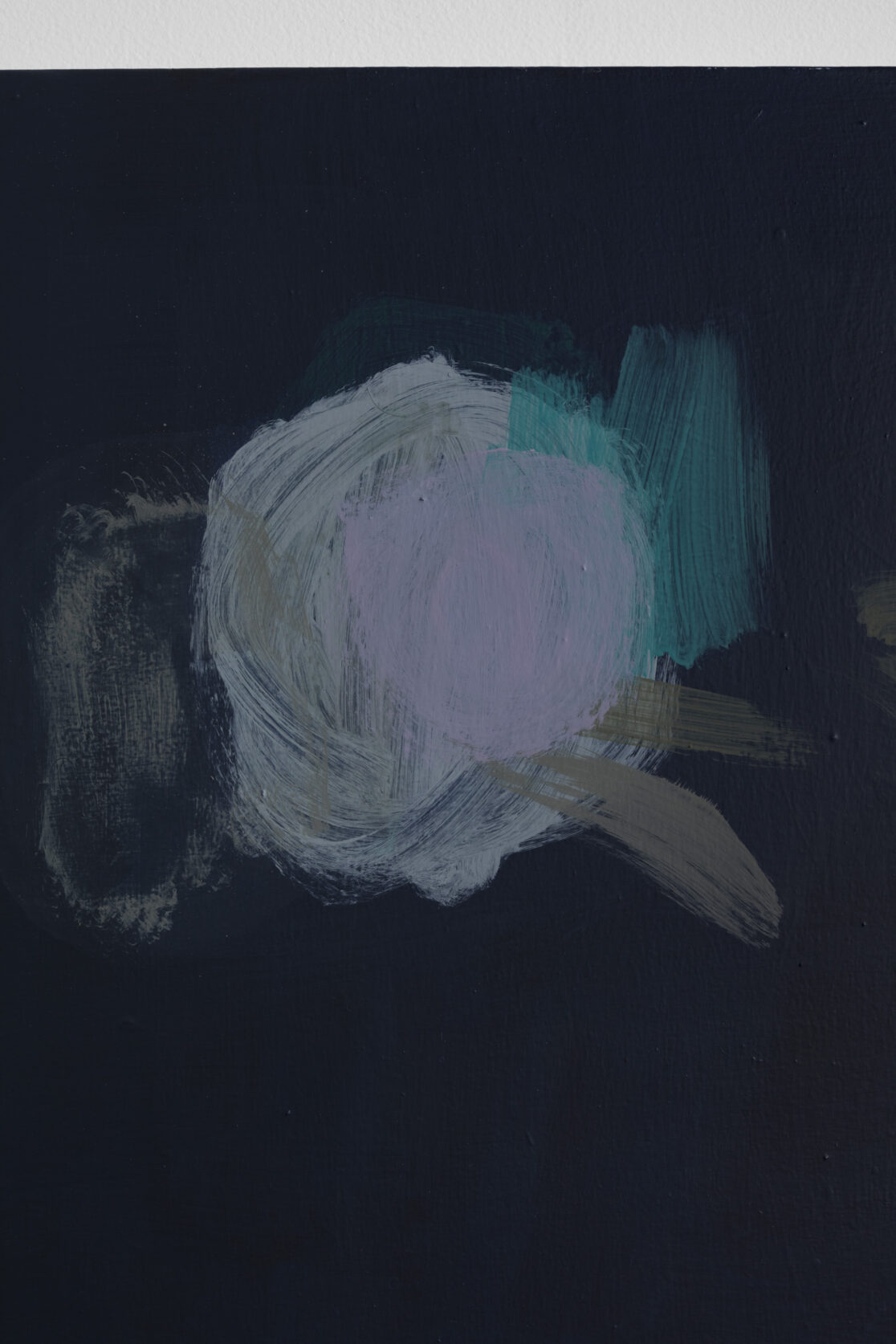 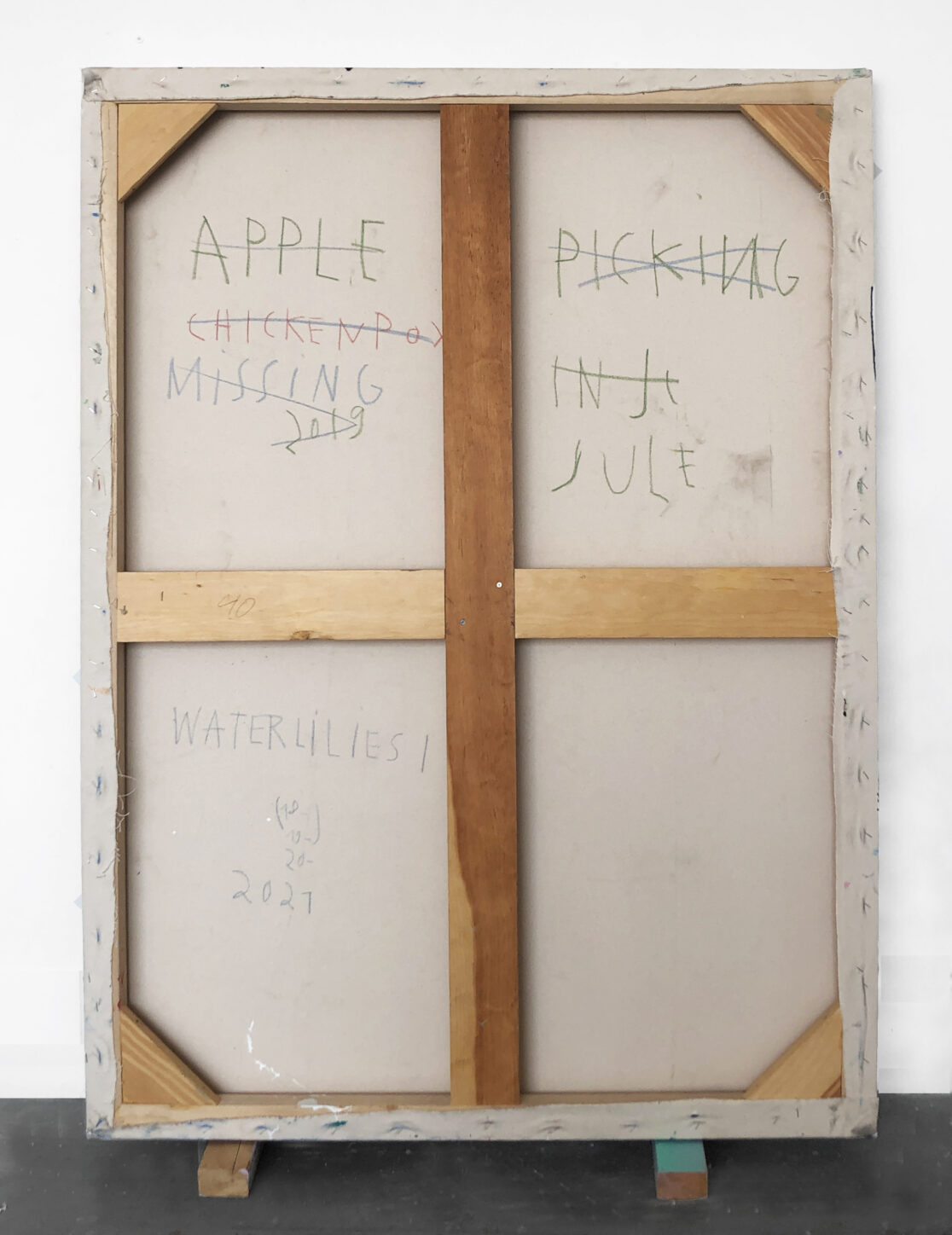 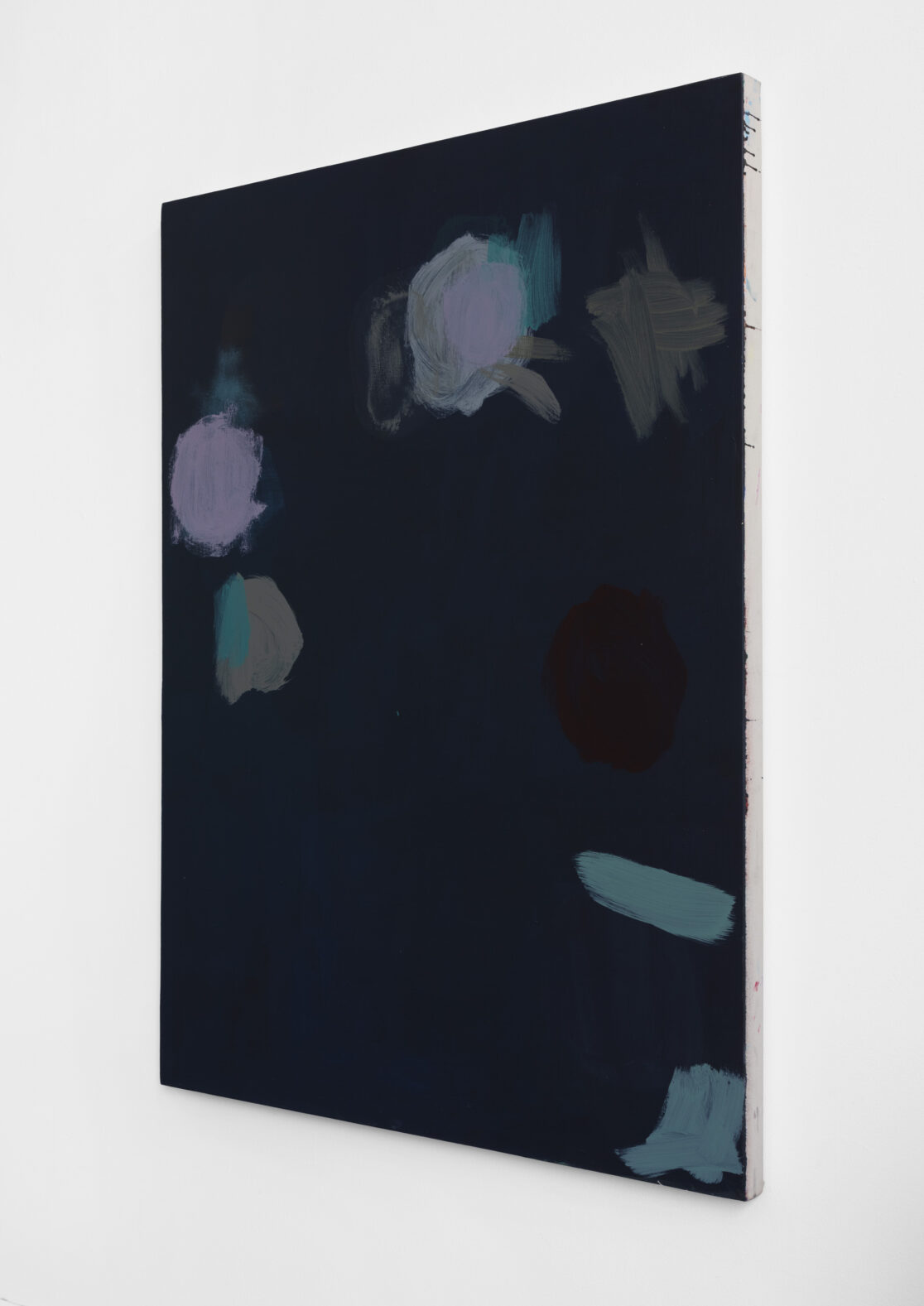 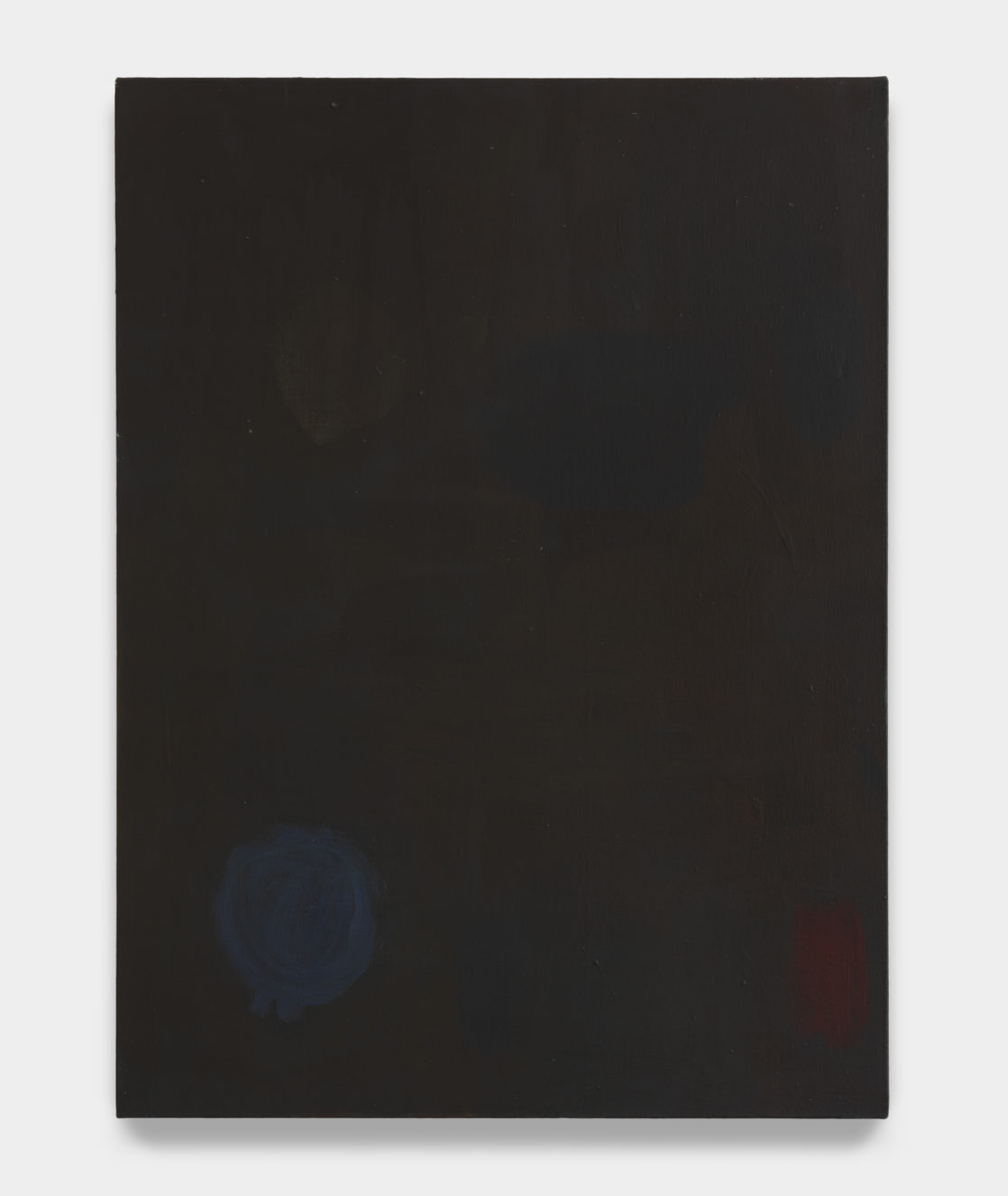 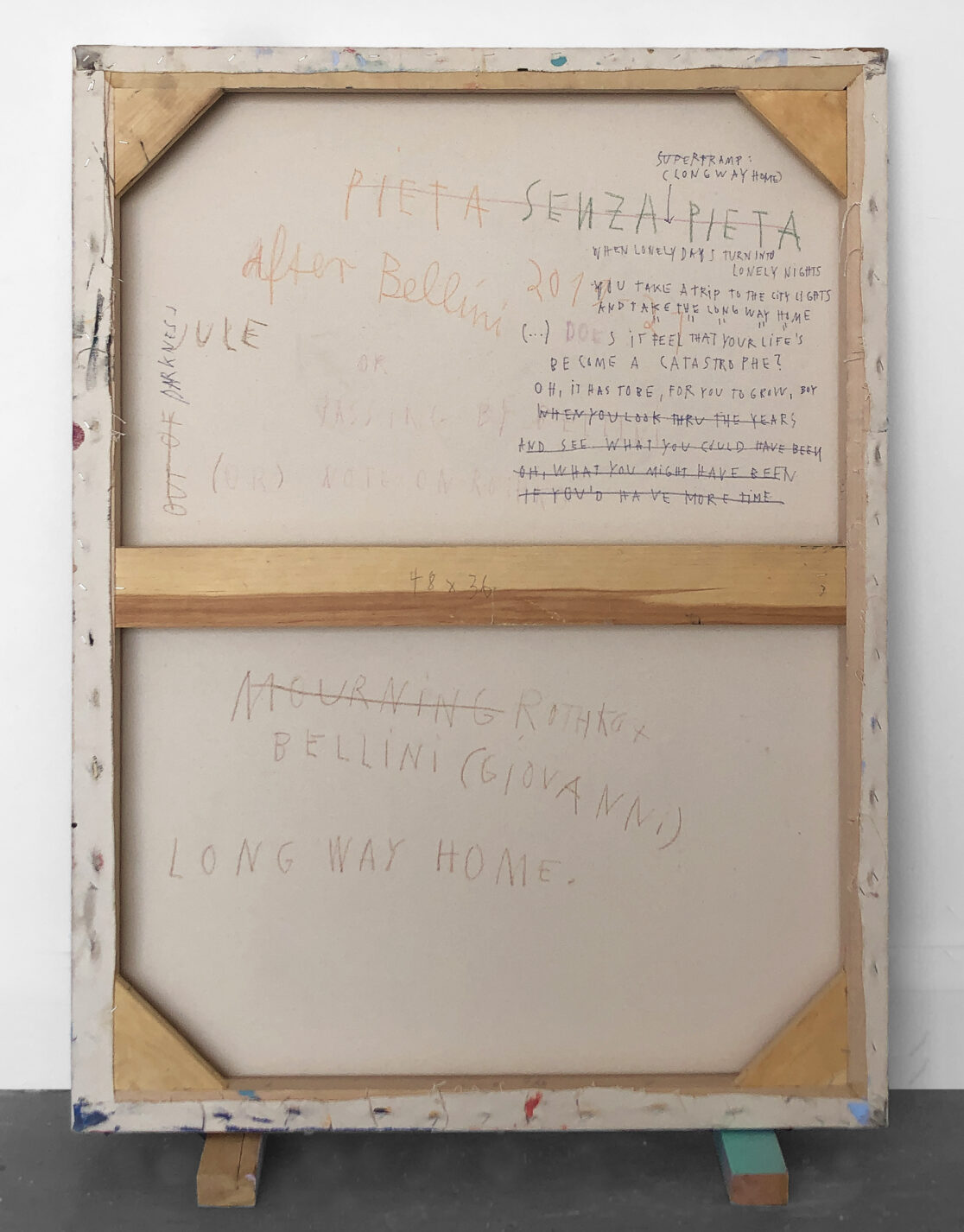 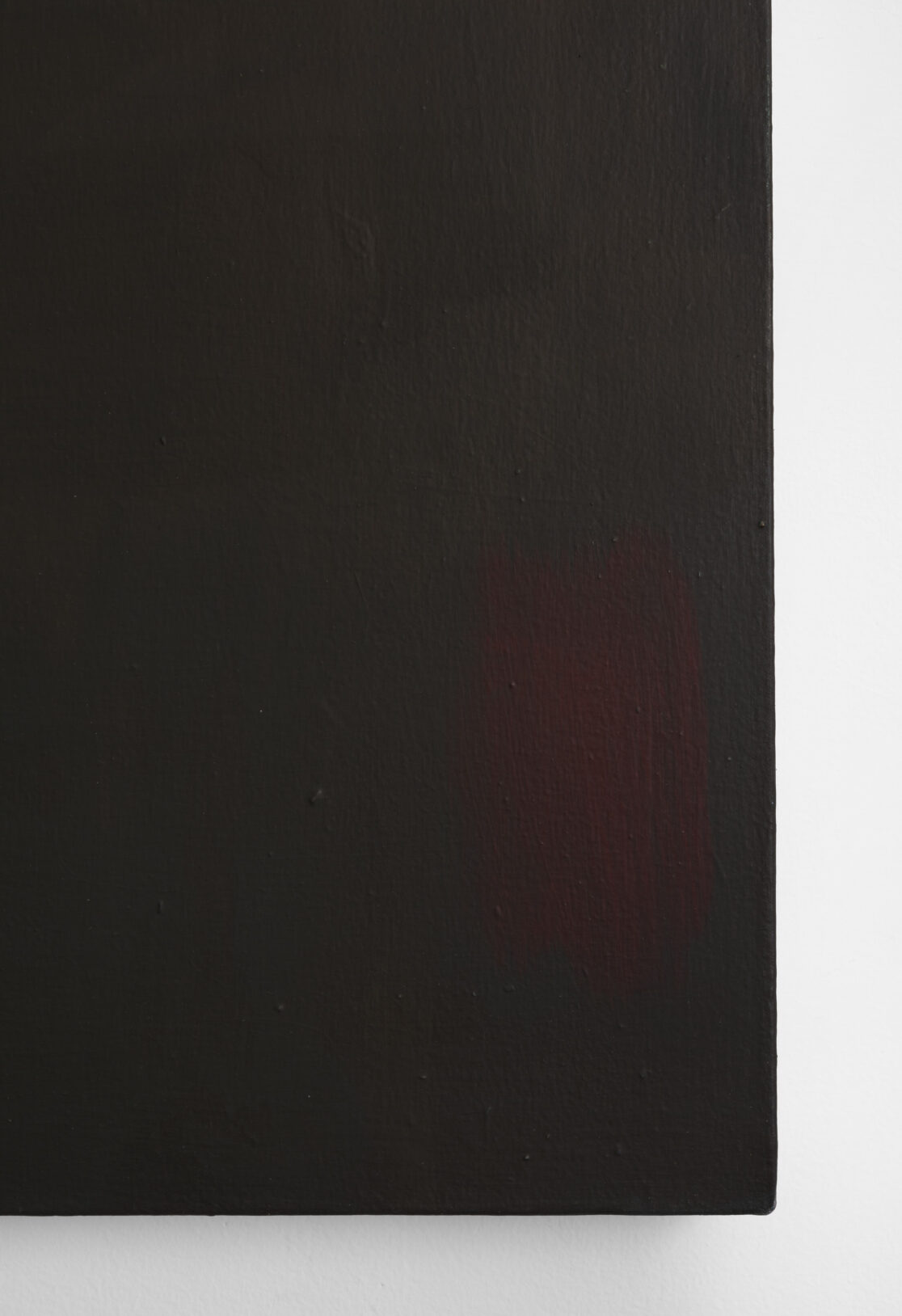 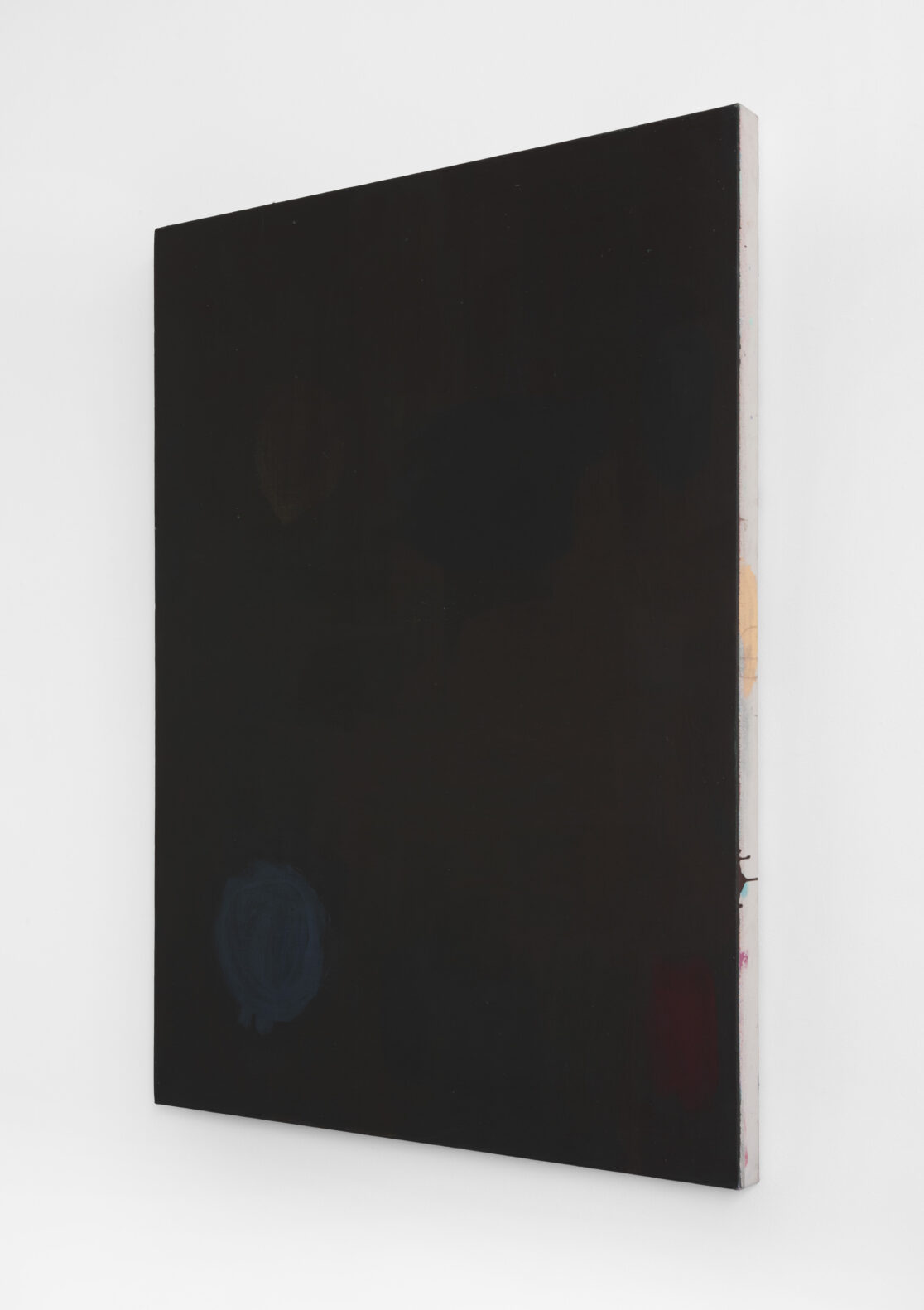 „Godzilla“ is one of the first paintings of the new body I made in 2020-21. It’s a transitional piece leading to following pieces w darker shades, essential for this body.
I used some time of the isolation to learn and integrate traditional European painting techniques of color layering into my practice. Doing so – somewhat naturally my themes shifted from focusing on my personal life to reflecting on humanistic ideas – e.g. what sustains and connects us which included reading Greek mythology.
My «Godzilla» is hard to capture. Its color layering reacts with natural light and develops different green-blue shades to any light while day, dawn and even at night. It can look really bright and the next mmt all sudden dark. It never looks the same – like the ocean – an uncanny one. .. i like to think about the 2 vertically aligned marks as her, Godzilla’s, eyes splashing out and back into the water – shifting times are scary. 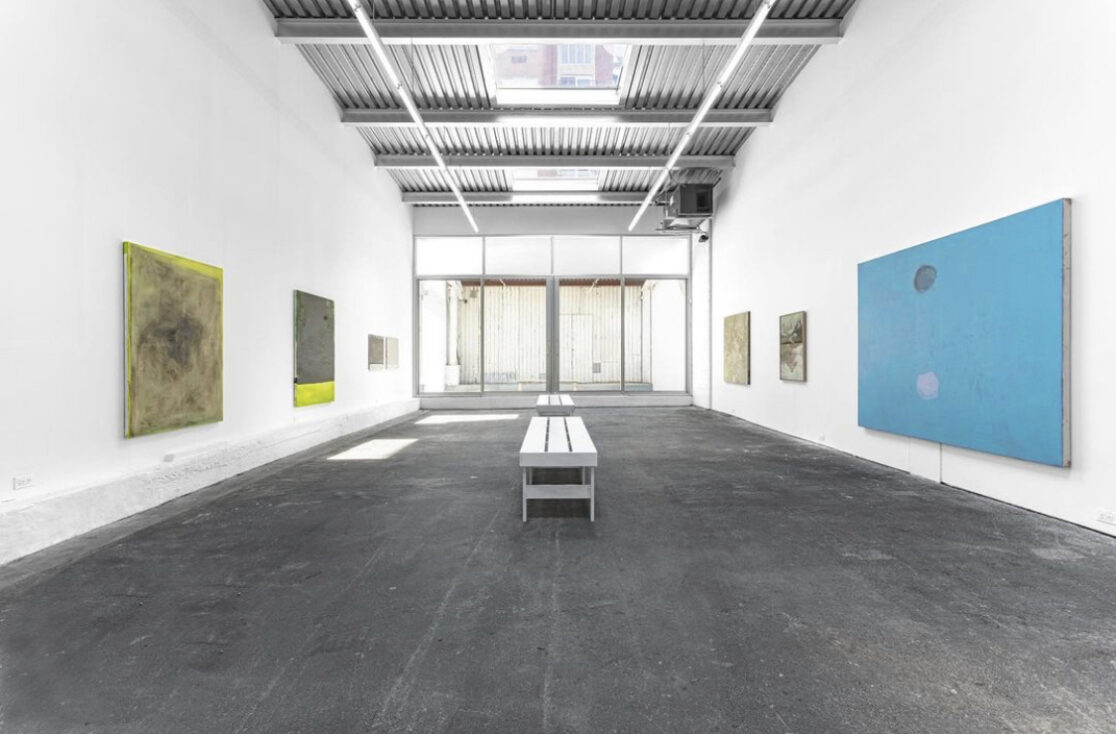 My feature for Hilma’s Ghost, March 2021. See what I wrote for them about my spiritual beliefs and upbringing: https://www.instagram.com/p/CMkK5tclTFb/ 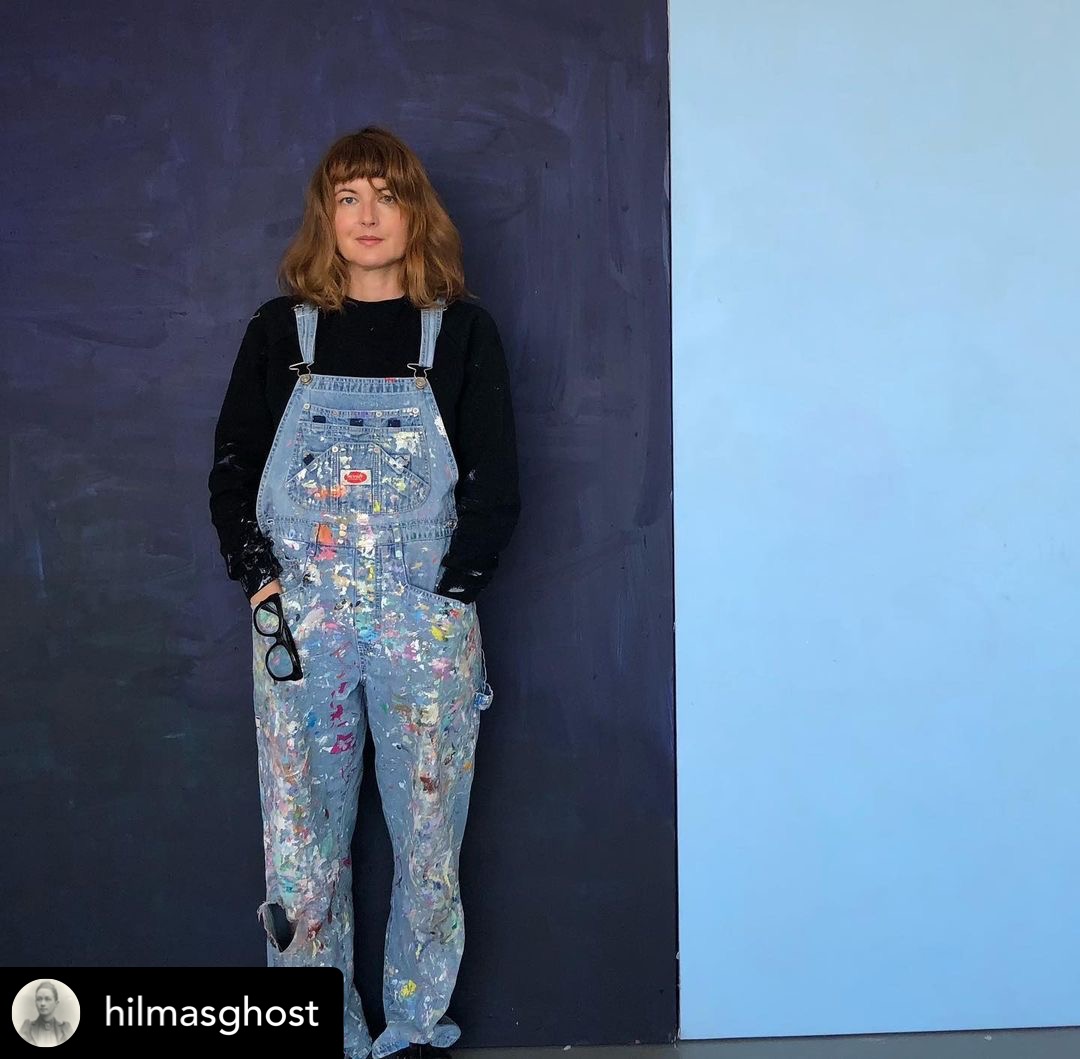 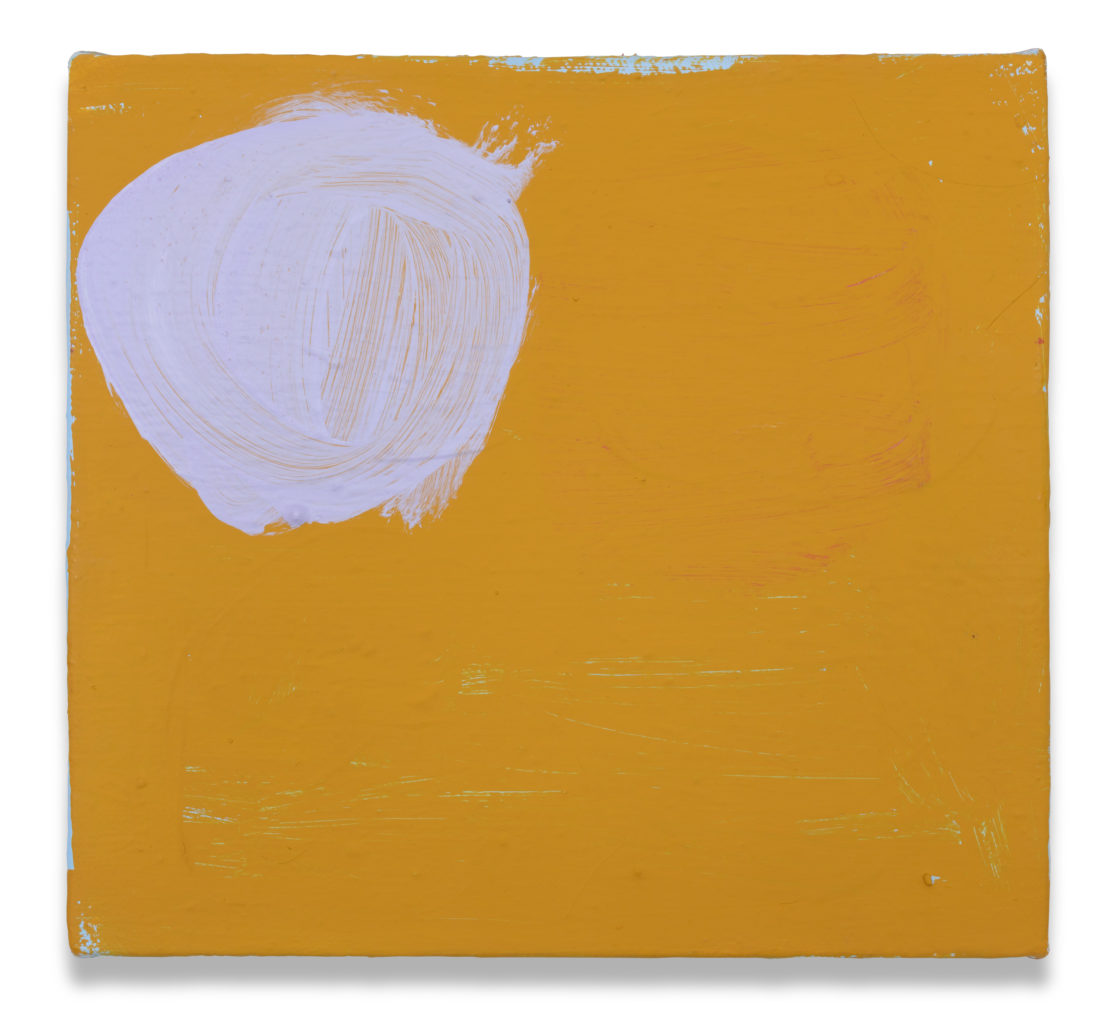 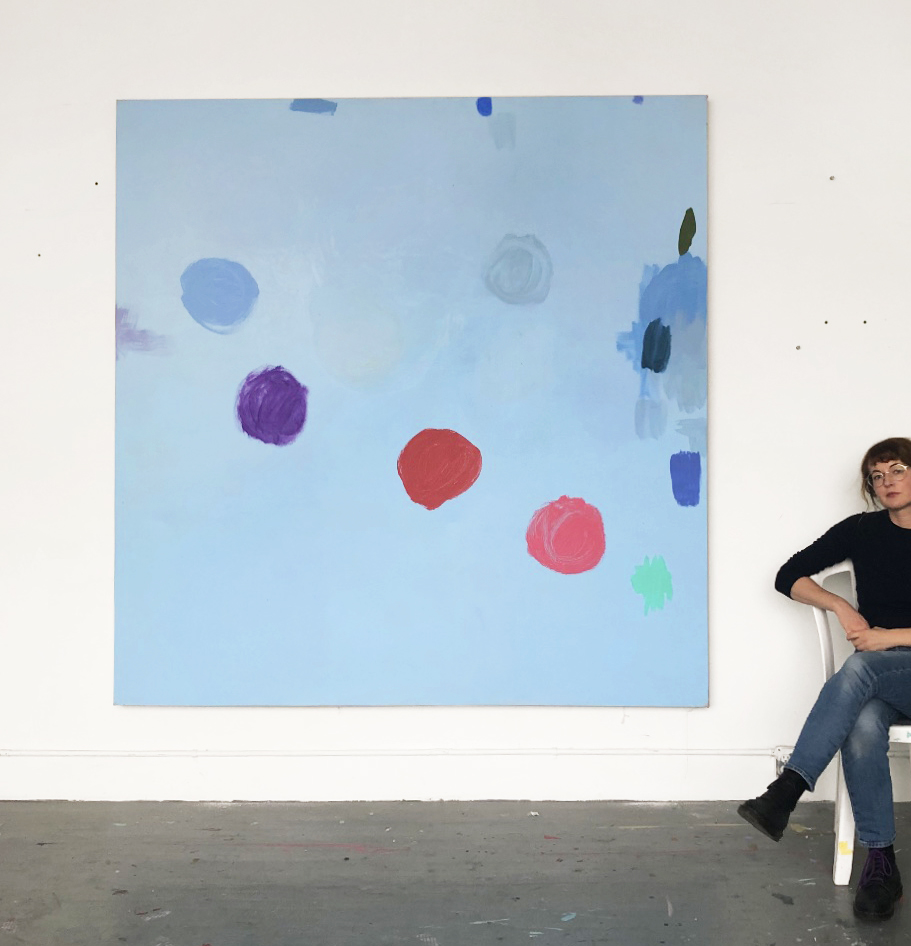 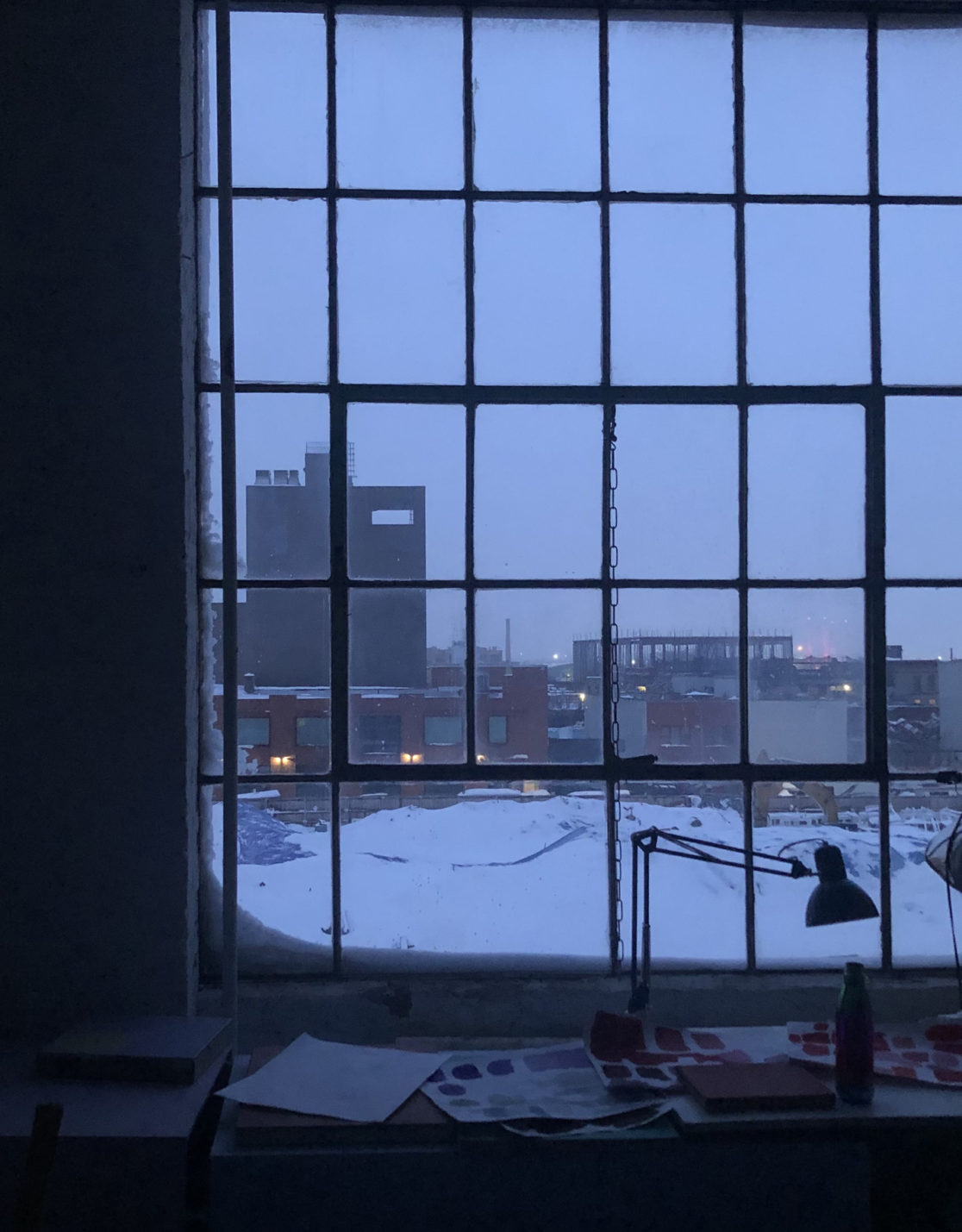 One Question One Answer for Romanov Grave with Nancy Davidson
link
„Nancy Davidson:
I met Jule Korneffel several years after a curator introduced our works to each other. I saw her work first, at her New York City debut at Spencer Brownstone Gallery in March 2019, which is why I reached out to her, and we finally met. I was enthralled by this show. It included paintings on canvas of all formats in the exhibition space, and a painting directly on the wall in the courtyard. I immediately felt the humor in her works. They felt unconstrained and buoyant. The circular forms could be balloons lifting off the ground or falling to the earth. The physical touch in the paintings drew me into the layered color fields and gesturally formed circles. I needed to meet Jule.

We are now friends. During a late afternoon visit to Jule’s studio, our discussion turned to the color of twilight. We began to discuss the effect of light on her paintings and the idea of liminal time. To our surprise, we also shared an interest in liminal characters as well, like the fool, clown, and trickster. Each of us has an attraction to imaginary selves. Humor is essential for both of us, and we shared the idea of laughter as a way of healing. Jule told me about a clown persona she invented several years ago when she enrolled in a clown workshop.

Being a clown requires a high level of risk and play in the performer. Jule, what are the connections between your work and your attraction to the clown? How does your clown persona’s performance reveal/reflect your practice of painting?!

Jule Korneffel:
„The moment you say my name, I’m gone – who am I?“1 is a riddle from the film2 Life is Beautiful (1998). It was written, directed, and starred in by Roberto Benigni, who says in the beginning that any fable is full of sorrows but also full of wonders and happiness3. Accordingly, a beautiful life e!ntails both sides of the moon, laughter and sadness. Like this, my paintings come from living.
I first started to play clown improvisation theatre after my father lost a long battle with cancer. But my clown had already arrived before then. I grew up with a poster and stories about the clown Charlie Rivel (1896-1983), who is best known for his loud inimitable cry of “UhHuu” issued with his head thrown towards the sky. I also have early memories of wearing my childhood clown costume as an everyday outfit – or at least parts of it. My mother dressed me funny too. She claims this was solely for practical reasons, because my big belly would make any regular pants drop. So she came up with cropped tights and suspenders, usually combined with knee-length striped stockings. When I was in the mood, I could entertain dinner guests with my funny stories, and theatre was p!art of my life while in school.
In high school I didn’t get the role for Gretchen in our adaption of Goethe’s Faust, so instead the teacher wrote a cabaret-like role just for me. My first lines were: “I’m here because I didn’t get another role.” I could hear my mother laughing out loud in the audience: a long, high monotone scream, reminding me of Charlie Rivel. Still today, my mother thinks that this is my mantra for life: somewhat tragic but funny.
My clown persona’s characteristic thing was to try to measure the stage with her steps, but she never managed to get through this process. She tried and tried – even by trying to walk on her hands, though of course I can’t walk on my hands. It was a total disaster, and a lot of fun. Clown improvisation theatre is a very vulnerable and risky field. The frustration level is brutal.
The development of my painting took techniques from my experience of improvising – such as starting out of blankness, uncountable trials to get a colour and/ or mark right, and not knowing what the next step will be like. And I’m always ready to lose the entire painting. My studio is usually in the state of a “gleeful mayhem“4 alike a clown’s mind. And, in both practices, emotions are the vehicle. Nothing but authenticity and integrity is of use. Also vulnerability and openness. I have to throw myself totally into this process of life and death. And as the clown and teacher Christopher Bayes says: „It’s more fun if you hit harder.”5 Life can be like this too. I believe clowns are survivors and heroes.
Mary-Lou, my clown persona, helped me with getting over my grieving. Her desperation about counting related to my father, who was a mathematician, and of our connection through numbers and abstract patterns. He and I communicated through them. Mary-Lou showed me a way through, and that death is not the termination of love. But also: that we can’t control life. It has its own rules we need to follow while playing along. That’s the magic of life, I believe. And the answer to the beginning riddle is “silence.“6 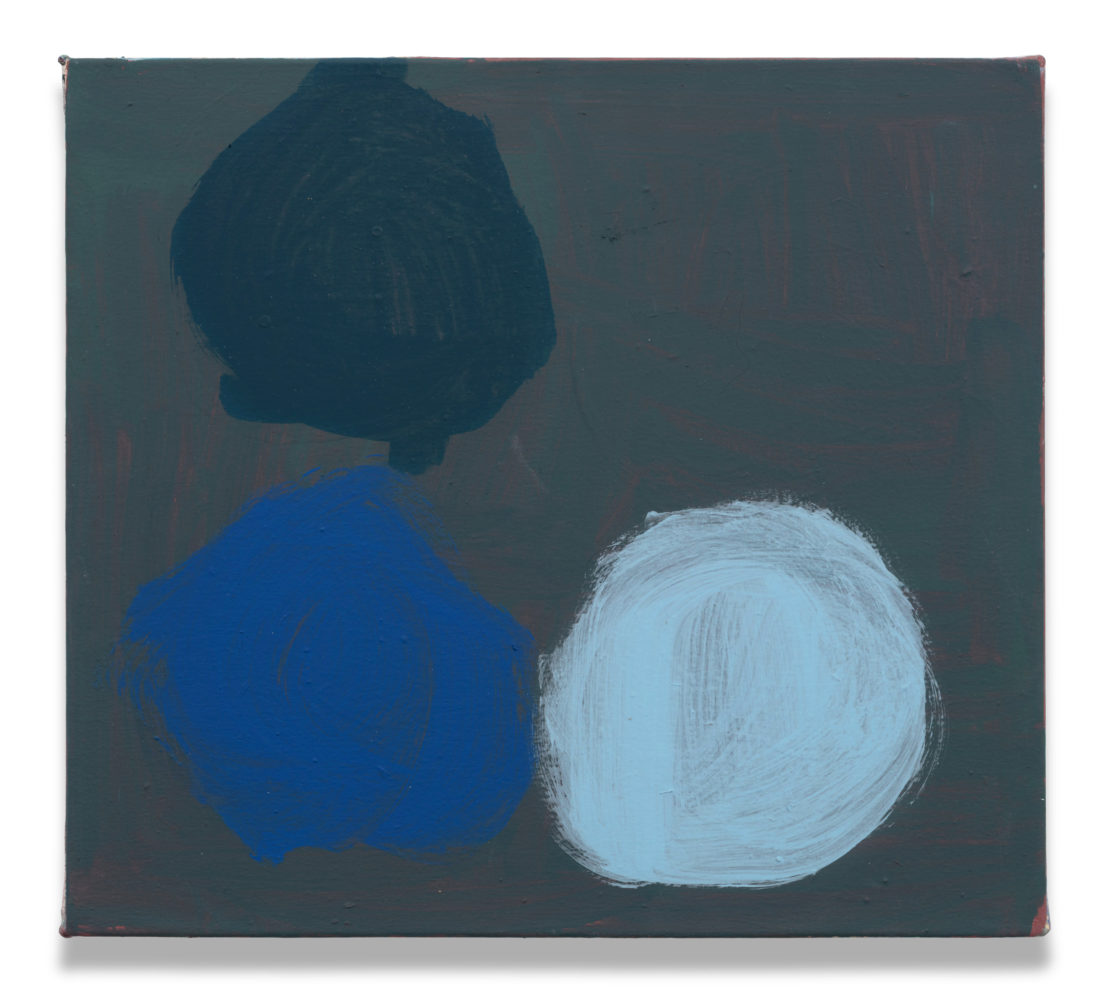 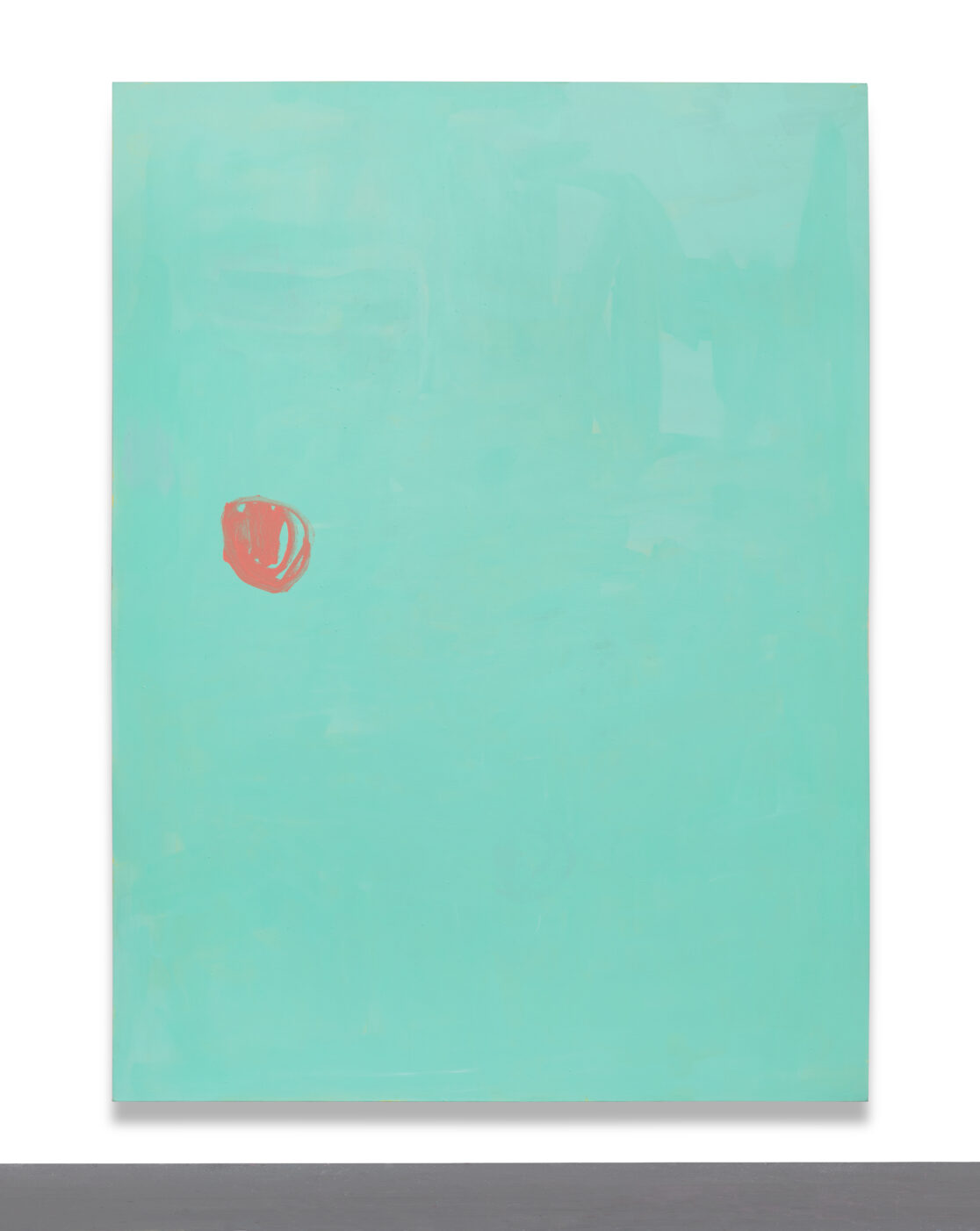 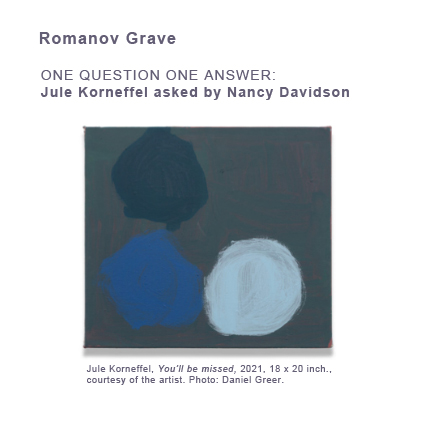 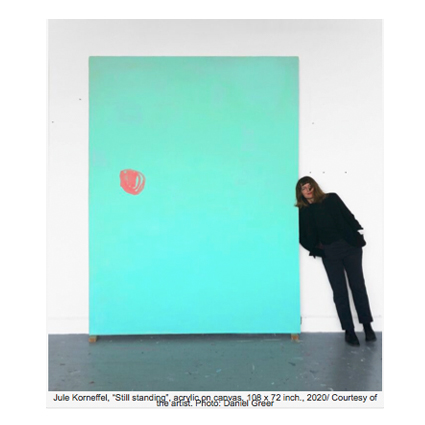 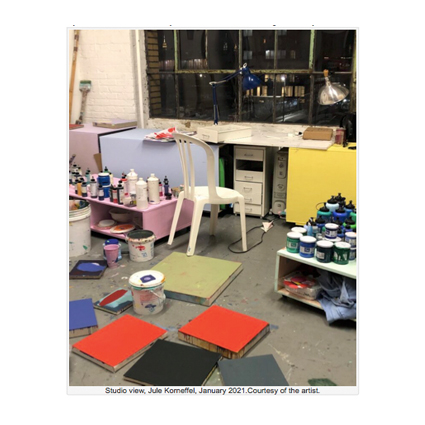 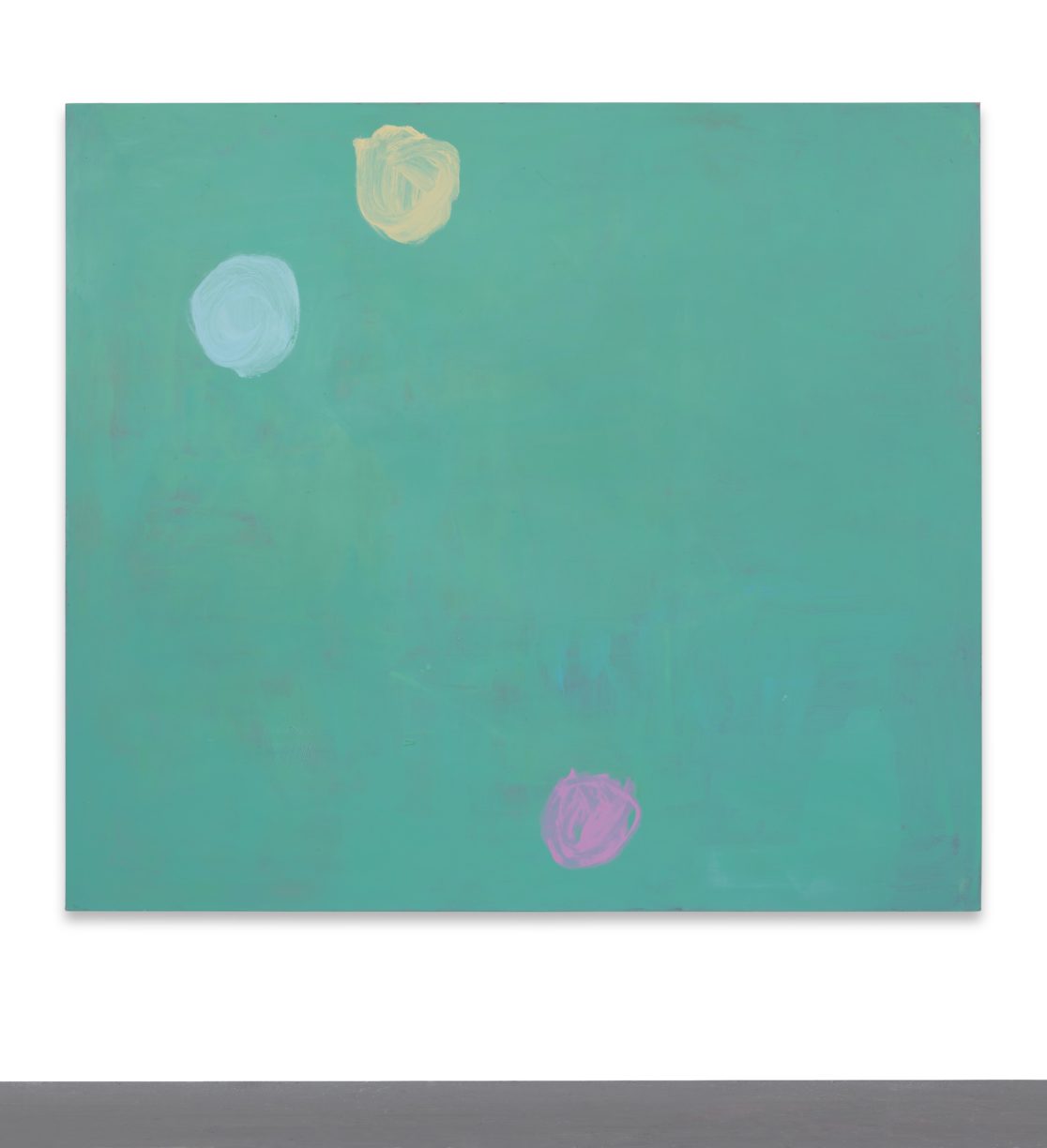 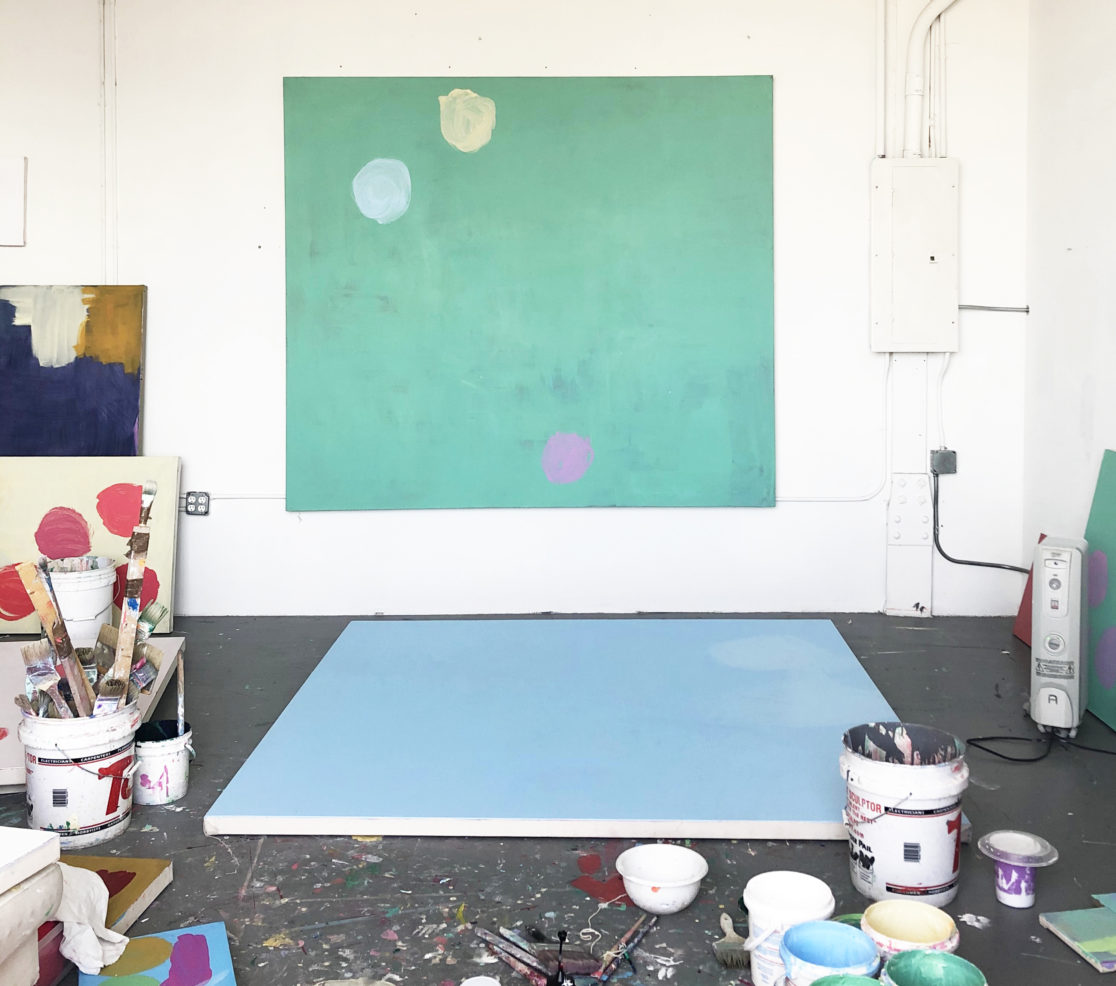